Istanbul’s Mayor Ekrem İmamoğlu on Thursday got a certificate of election for the second time this year, after a do-over election in which he won a comfortable margin of victory.

CERTIFICATE FOR THE SECOND TIME

After nationwide local polls on March 31, and Ekrem İmamoğlu got his first certificate of election, Turkey’s election authority cancelled the results, citing irregularities and illegalities. 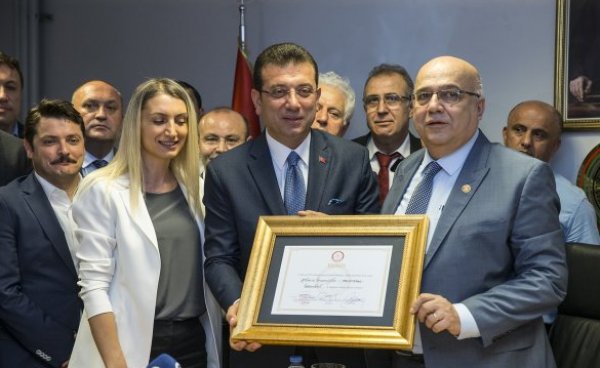 Then in a June 23 do-over poll, Imamoglu, of the Republican People's Party (CHP), won 54.21 percent of the votes, leading ruling Justice and Development (AK) Party candidate Binali Yıldırım to concede the race. Turkey's election authority certified the results of the new race on this Tuesday. 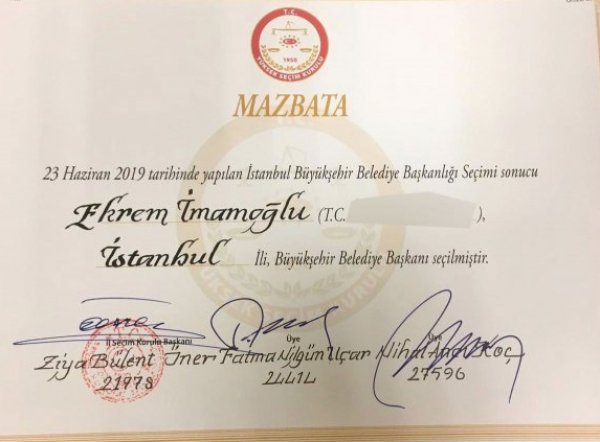 The certificate puts Imamoglu in the top post of the city of Istanbul, a megalopolis of some 16 million people, and Turkey's financial capital. 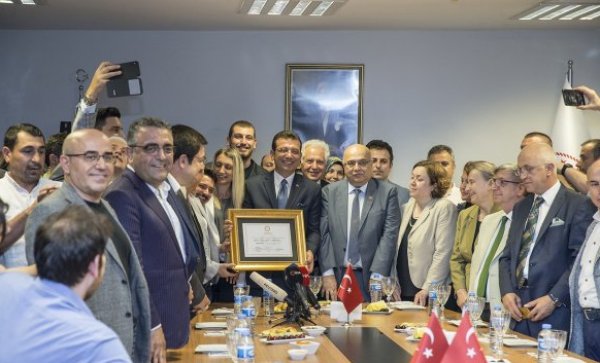 Speaking to reporters, İmamoglu said, “Istanbul is the largest city both in Turkey and Europe" and thanked all "the democracy soldiers who helped the will of the [Turkish] people be revealed." 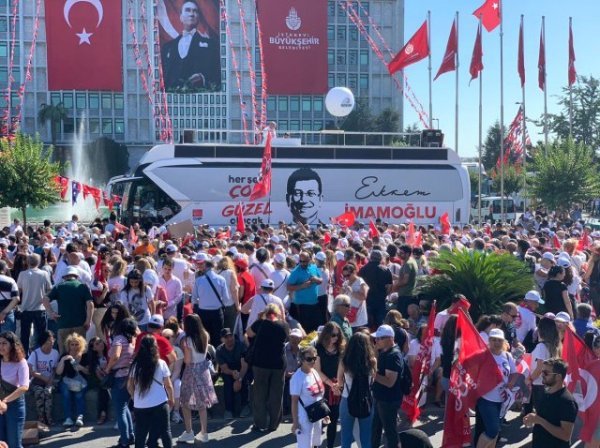 Later, İmamoğlu headed to the municipality building in the Fatih district to take over the office from Ali Yerlikaya, the governor of the Istanbul province who has served as acting mayor. 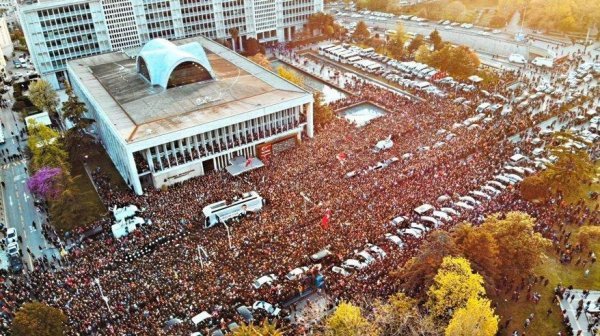 İmamoğlu said he received the certificate from a delegation consisting mostly of women, adding that this was a sign that his term as mayor will be characterized by gender equality. "I will be honored to carry this message as the mayor of Istanbul, and I would like to share it as my first day message," he said.