A new joint coordination center in Istanbul established as part of a historic deal to restart Ukrainian grain exports to the world officially opened on Wednesday.

"The duty of the center is to provide safe sea transportation of grain and similar food products to be exported from Ukraine,” Turkish Defense Minister Hulusi Akar said at the opening ceremony, held at the National Defense University in Istanbul.

The center and the grain deal will make "significant contributions" to overcoming the food crisis impacting the entire world, and especially lowering prices, he added.

If left unaddressed, the grain problem could have caused security problems due to hunger and global irregular migration, he warned. 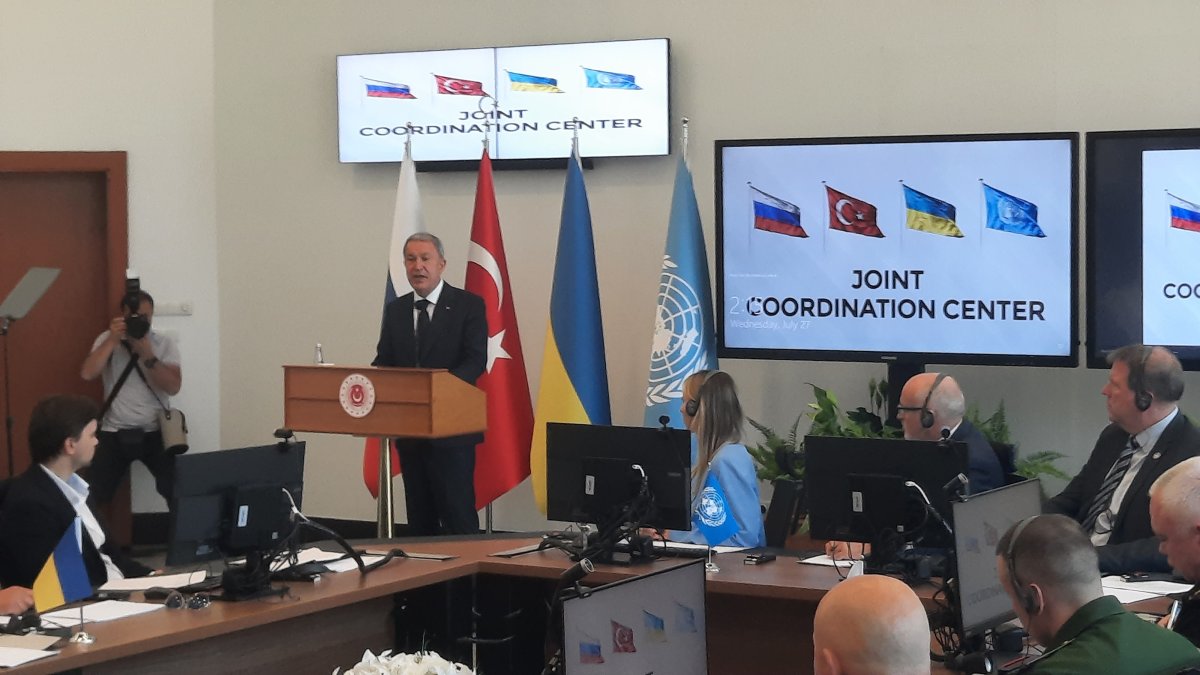 “The center consists of five representatives – both military and civilian – each from Turkey, Russia, Ukraine and the UN. There will be no military element in the field," he said.

Turkey, the UN, Russia, and Ukraine last week signed a deal to reopen three Ukrainian ports for grain that had been stuck for months due to the ongoing Russia-Ukraine war, now in its sixth month.

The deal came after agreement was reached between stakeholders on a UN-led plan to form a coordination center in Istanbul to carry out joint inspections at the entrances and exits of harbors, and to ensure the safety of routes. All parties have appointed representatives to monitor implementation of the plan.