Akar welcomed Gantz, who is on an official visit to Turkey, with a military ceremony at the Ministry of National Defense.

The two ministers then held a one-on-one and inter-delegation meeting.

Turkey and Israel have been taking steps to normalize strained relations for the past two years.

In August, the countries agreed to restore full diplomatic ties and re-appoint ambassadors and consuls general after a four-year hiatus. 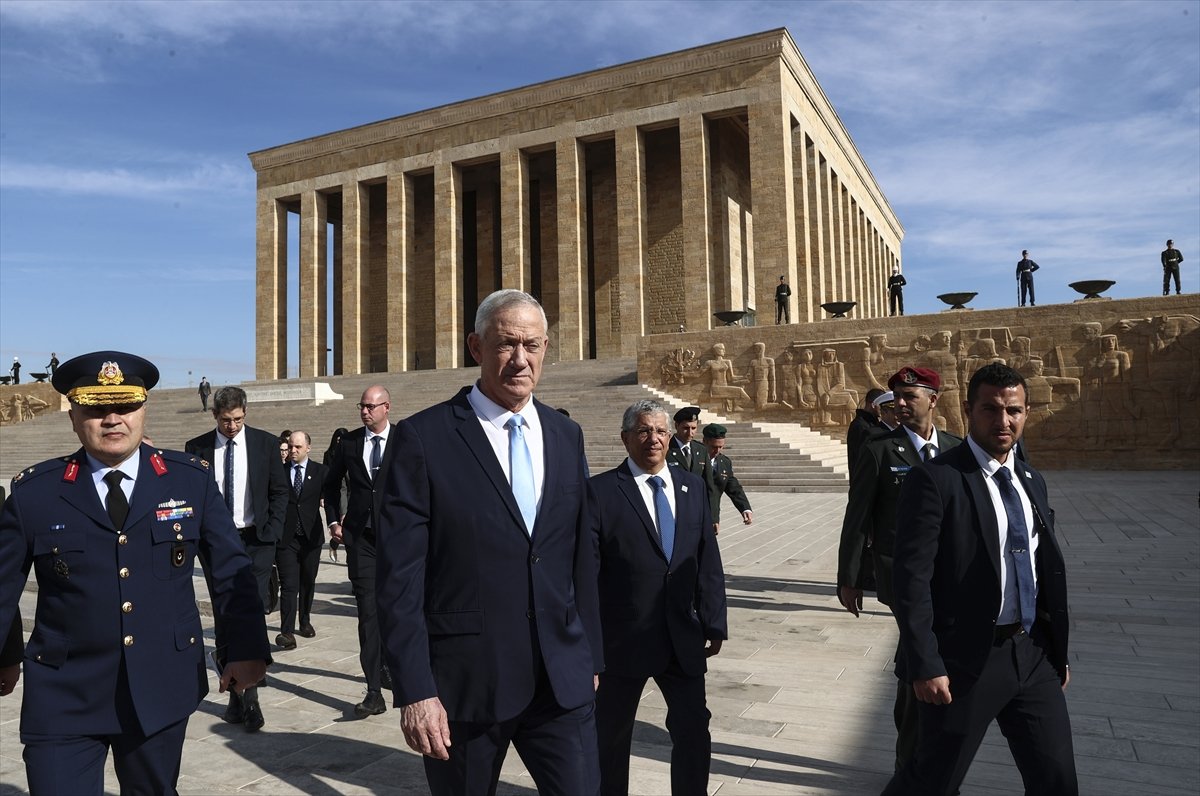 Meanwhile, Gantz on Thursday paid his respects to Mustafa Kemal Atatürk, founder of the Turkish Republic, at his mausoleum in the Turkish capital.

Remembering Atatürk's famous quote "Peace at home, peace in the world", Gantz wrote on the memorial book at Anıtkabir: "Many many years after Atatürk spoke this wisdom, I put a small note in the Western Wall in Jerusalem, praying for 'Peace upon us and peace among us' for the people of Israel -- with partner nations and within our nation." 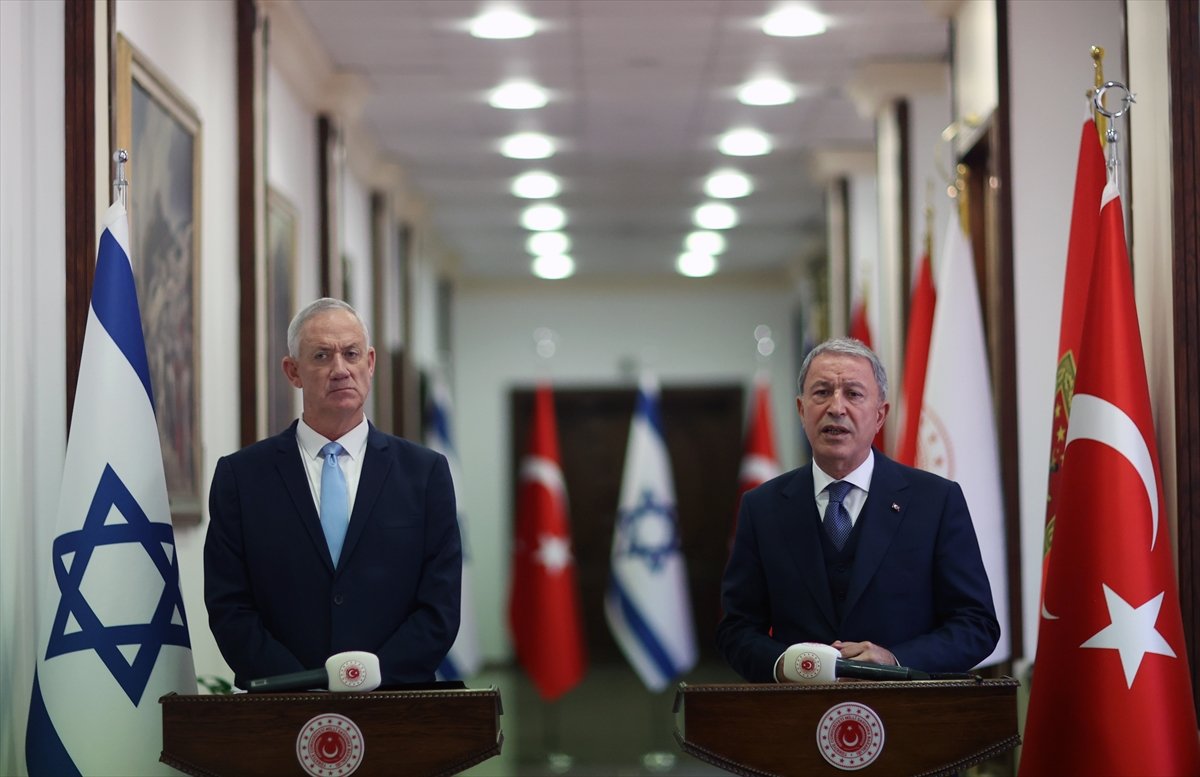 Gantz also said he is honored to begin his historic visit to Turkey ahead of the country's 99th national day on Oct. 29.

"In his memory, may we work together to bring peace and prosperity in our homes, in our regions and the world," the defense minister added.