Hagia Sophia reopens as mosque in a historic move

Thousands of people gathered on the square and in the streets surrounding Hagia Sophia to take part in the prayers.

The opening of Turkey’s iconic Hagia Sophia began with the prayer program of the Presidency of Religious Affairs on Friday.

OPENING OF THE HISTORIC MONUMENT BEGAN WITH QUR'AN RECITATION

Turkish President Recep Tayyip Erdoğan has arrived in Hagia Sophia for historic building's reopening for worship for the first time in 86 years with Friday prayers. 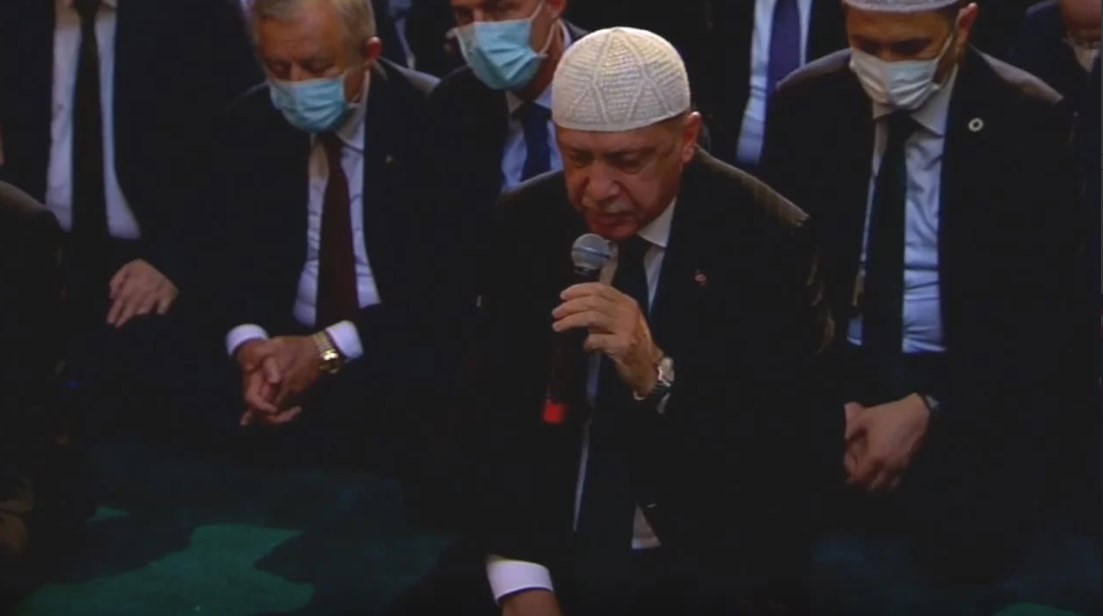 Wearing a face mask President Erdoğan sat in the middle of a front row facing the imam. 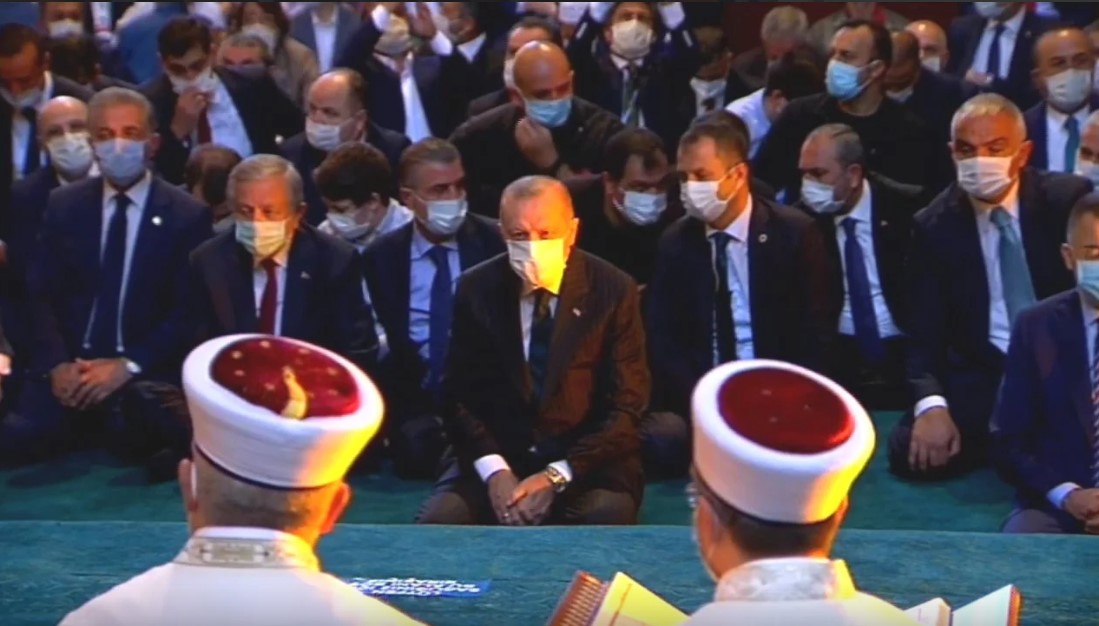 The number of foreign media members arrived in Istanbul ahead of historic building's reopening for worship for the first time in 86 years with Friday prayers on Friday. 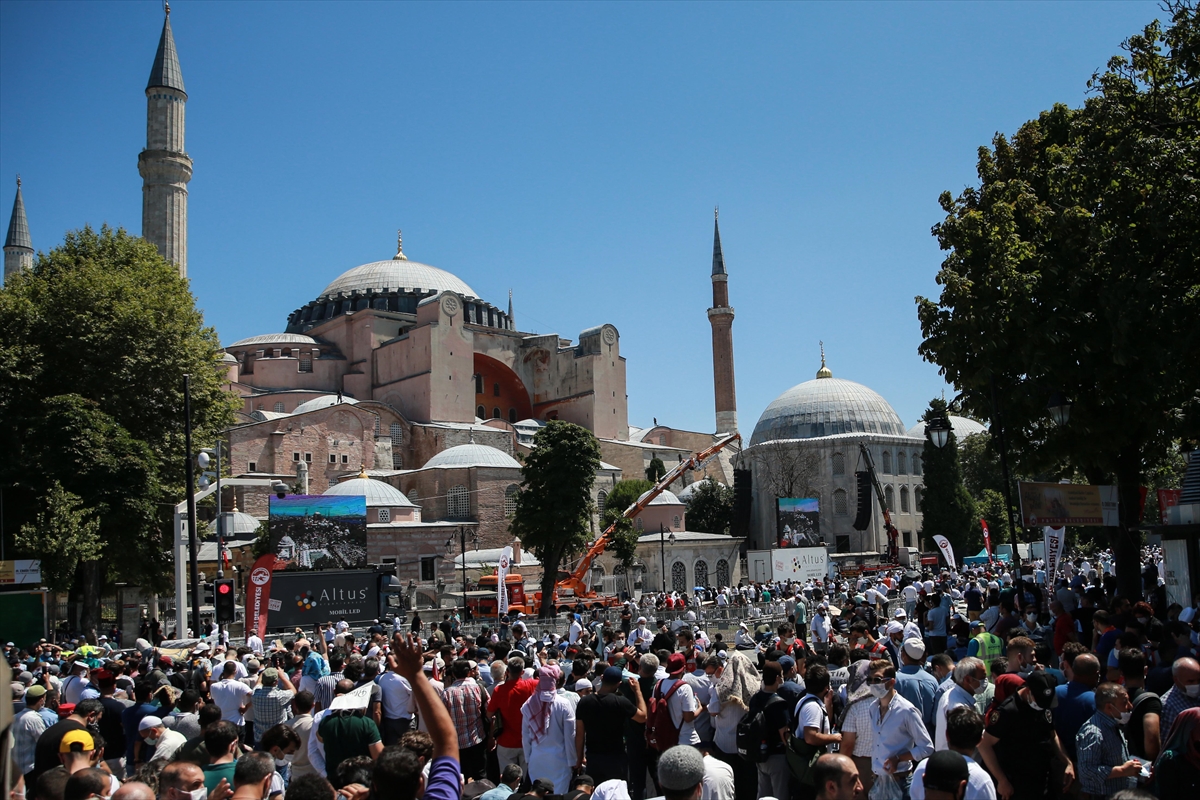 The journalist gathered in and around Hagia Sophia Mosque to cover the historical moments. 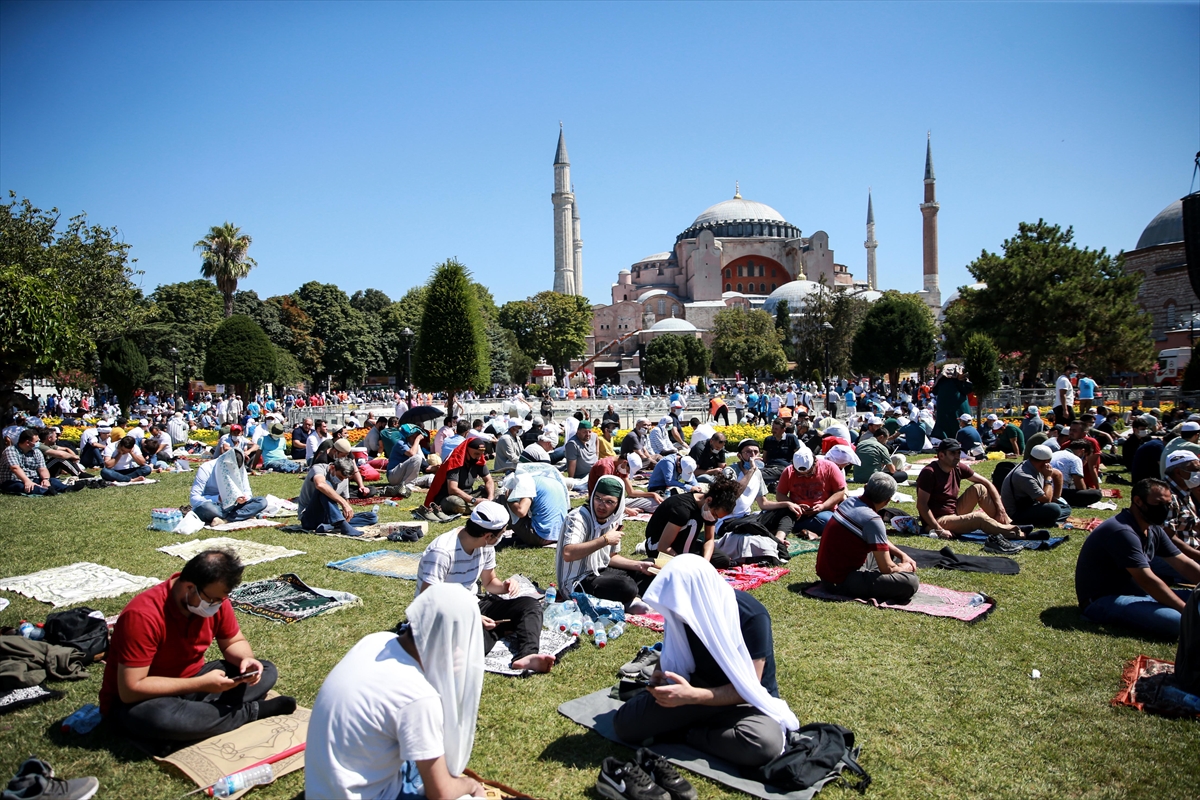 They showed great interest in the opening ceremony and also began broadcasting from the area.

During the prayers, the paintings, depictions, and mosaics will be closed with the curtain system and it will be reopened after prayers in the mosque whose floor is covered with carpet.