On Thursday, Turkey's top religious authority signed a protocol to run Hagia Sophia after its conversion to a mosque.

Turkey's top religious authority on Thursday signed a cooperation protocol with the Culture and Tourism Ministry to run Hagia Sophia after its conversion to a mosque.

Speaking at the signing ceremony in the capital Ankara, Culture and Tourism Minister Mehmet Nuri Ersoy said the Hagia Sophia is standing tall today and is part of the UNESCO World Heritage List due to efforts of the Turkish nation.

Ersoy said that no one should doubt that the Hagia Sophia will be carefully protected. 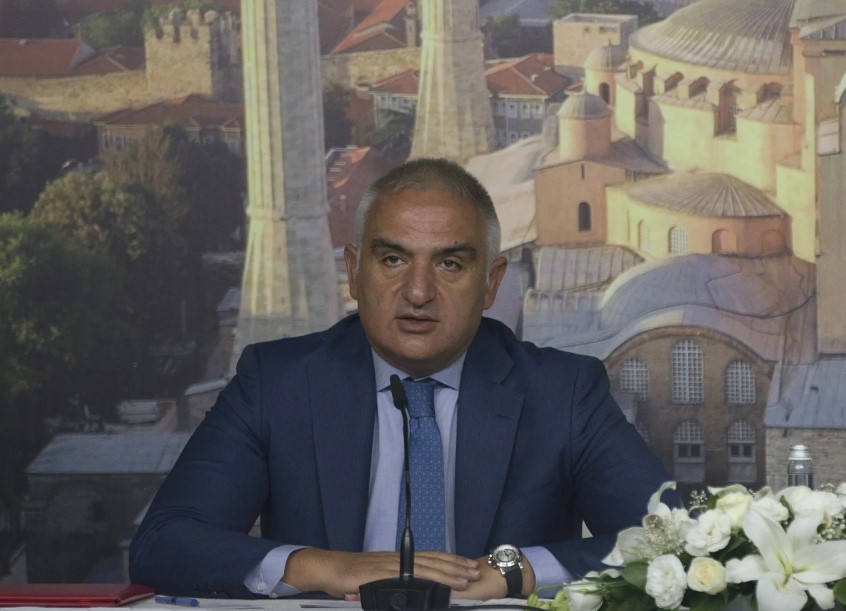 He added that his ministry will supervise restoration and conservation work, while the Religious Affairs Directorate will oversee prayers. 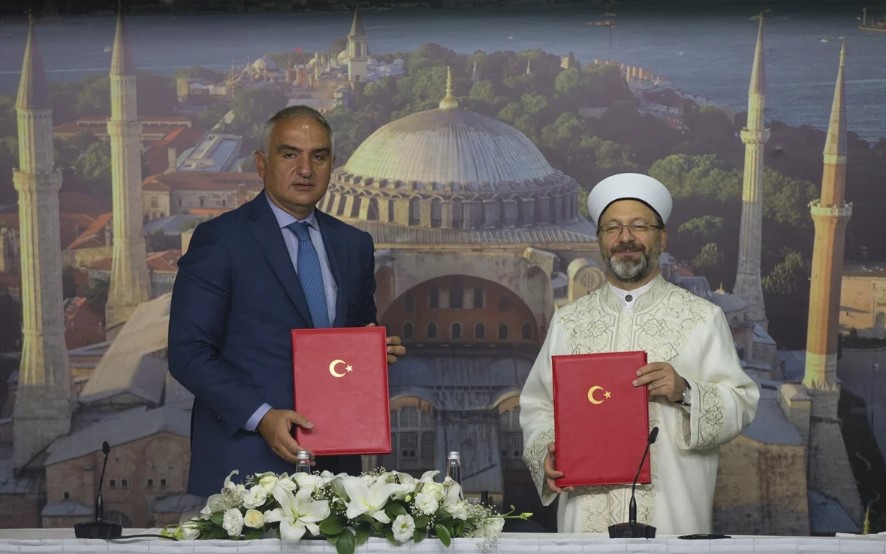 Ersoy went on to say that the monument will be open to domestic and foreign tourists free of charge.

Ali Erbaş, the head of Turkey's Religious Affairs Directorate, said that Hagia Sophia is one of the most important cultural heritages of humanity. 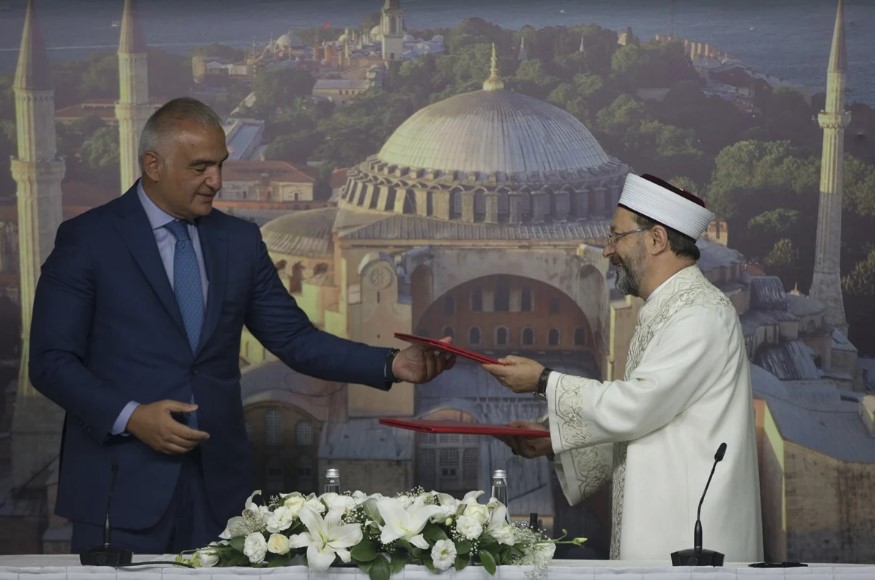 “Hagia Sophia served as a mosque for 481 years from 1453. Hopefully, as of July 24, again it will continue to serve as a mosque, with reference to the original, to Muslims in terms of worship, but to all humanity, without any belief, sect or racial discrimination,” he said. 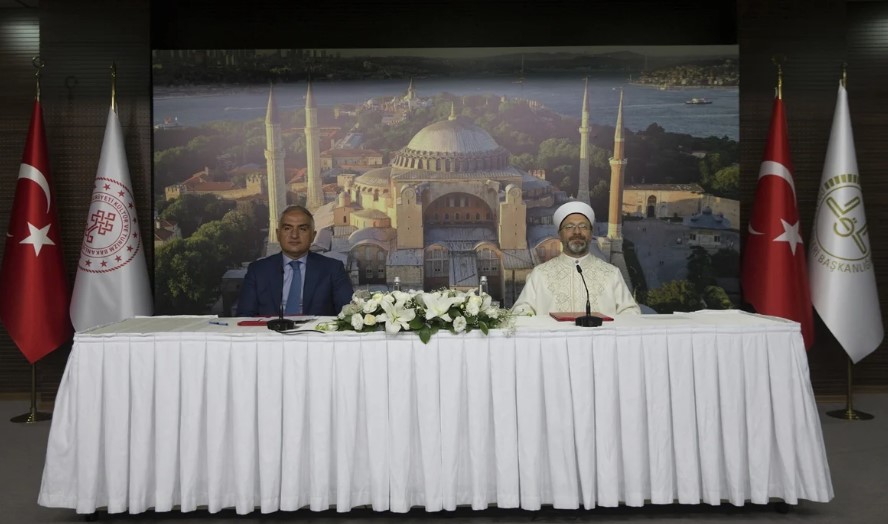 “I believe that the visitors of the Hagia Sophia Mosque will increase further after this. There will be millions of people not only from our country, from all over the world who come to worship and visit our Hagia Sophia Mosque. We will try to fulfill this duty in the best way with qualified and quality services,” Erbaş said.