Thousands of people took part in the traditional Friday prayers both inside and outside the historic mosque in Istanbul, Turkey’s largest metropolis.

Before the Friday prayers, Turkish President Recep Tayyip Erdoğan recited from the Quran inside the reopened mosque, choosing from both the Surah Al-Fatihah and the Surah Al-Baqarah.

During the visit to the tomb of the Hagia Sophia Mosque's "owner", Ottoman Sultan Mehmet II, Erdoğan noted that restoring the landmark as a mosque had only been made possible after 86 years with the joint efforts of the People's Alliance and with the "judiciary now seeing the truth." 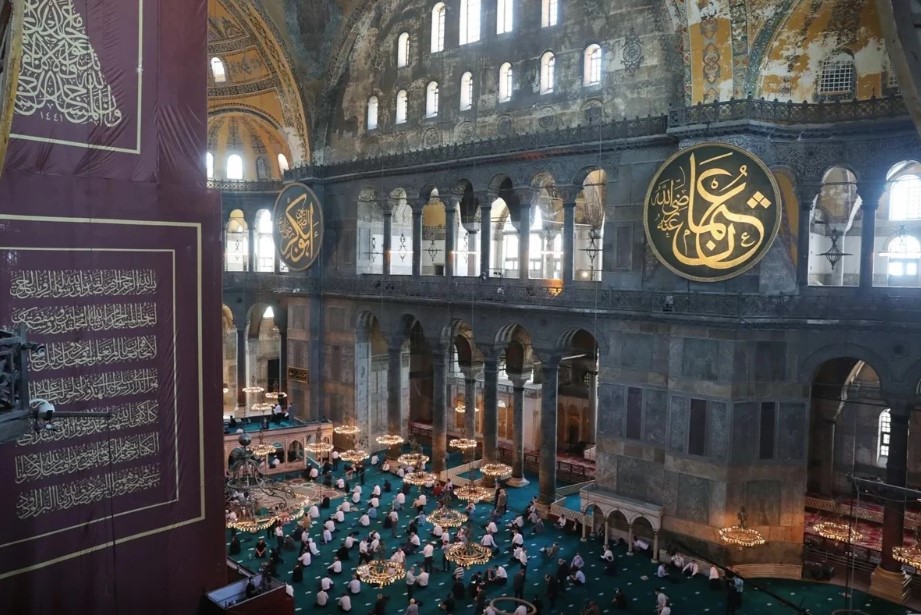 Erdoğan added that 350,000 people attended to Friday prayer in Hagia Sophia Mosque. "As a cultural heritage of all humanity, it [Hagia Sophia Mosque] is a place where people of all religions can come and visit," Erdoğan said. 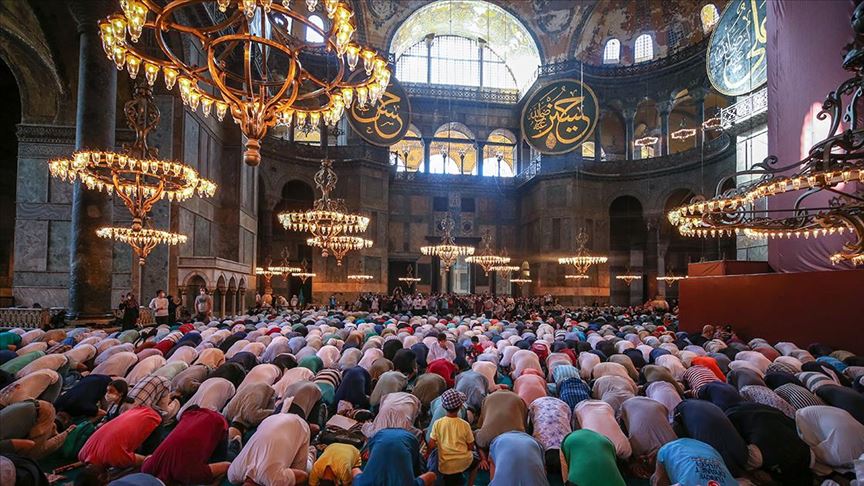 People of all walks of life attended Friday prayers at Istanbul's iconic Hagia Sophia Mosque. Men, women, the elderly and children were seen waiting at the 11 checkpoints in place. Police searched worshippers, while health workers checked their temperature and masks in line with coronavirus measures. 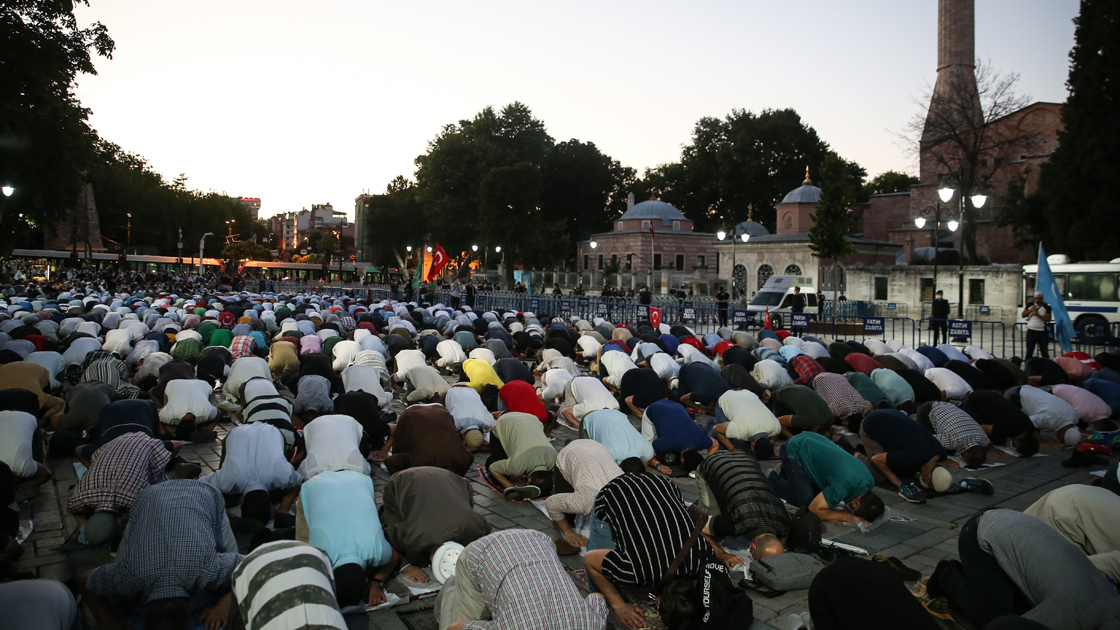 To save time, some people performed their ablution in the surrounding mosques. Many were seen carrying Turkish flags and prayers mats.