The website published photos of journalists' passport identity page, a copy of which should only be kept by Greek authorities and not shared with anyone.

Journalists working for Turkey’s state-run news agency who travelled to Greece’s Meis Island to cover recent developments there were threatened by an anti-Turkish Greek website Wednesday.

A Greece-based anti-Turkish website called Turkikanea.gr published a provocative editorial a few hours after they arrived.

"Why do we allow Turkish spies of the National Intelligence Organization (MIT) to go to Meis? Why did we let them set foot on the island? Don't we know what these MIT spies are trying to do? We hope the authorities will do what is necessary!” it said. 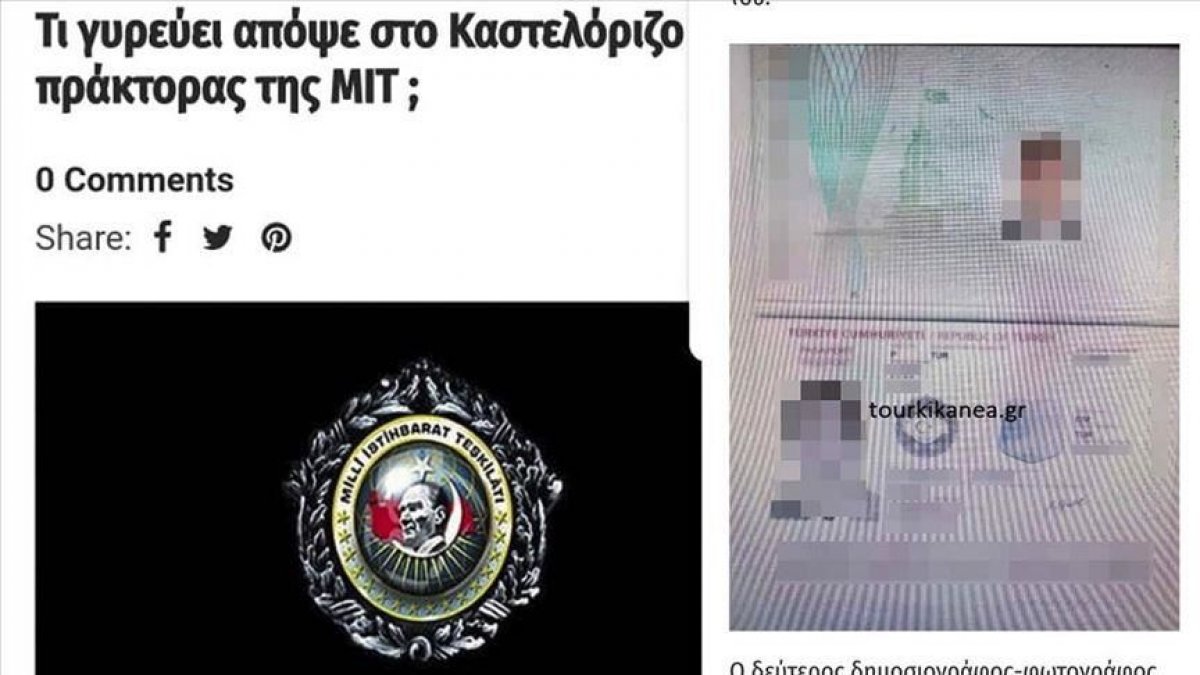 The website also published a photo of Durul’s passport identity page, a copy of which should only be kept by Greek authorities and not shared with anyone.

An explanation is expected from Greek authorities on how the site managed to obtain a photo of the passport page as Durul had not shown the page to anyone besides the authorities during his trips to Athens and Meis.

"YOU WILL PAY THE PRICE"

The website also acted in a provocative manner by posting information on Mehmet’s birthplace. 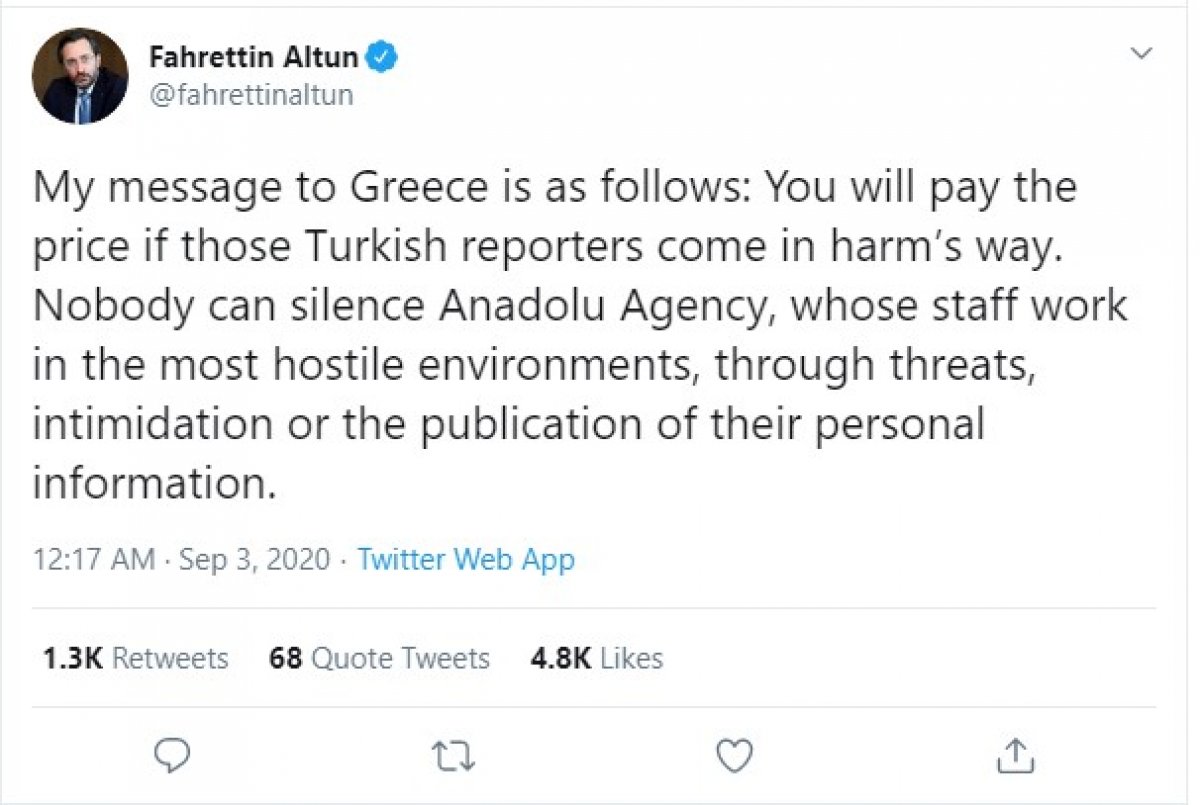 “You will pay the price if those Turkish reporters come in harm’s way. Nobody can silence Anadolu Agency, whose staff work in the most hostile environments, through threats, intimidation or the publication of their personal information,” Communications Director Fahrettin Altun said on Twitter.

“We condemn the Greek authorities’ efforts to incite violence, through a fascist website, against AA journalists in Meis. That Greek journalists work freely in Turkey, which the EU loves to lecture on press freedom, as Greece, an EU member, acts like a mafia state is worth noting,” Altun added.