Greece is not trying to create an anti-Turkish front, minister says

Greek Foreign Minister Nikos Dendias said that Ankara and Athens can resolve their differences to the benefit of both.

Ahead of trips to Rome on Tuesday and Malta on Wednesday, Nikos Dendias claimed that in working against Turkey’s energy exploration in the Mediterranean, Greece is not trying to create an anti-Turkish front, but one that “supports logic.”

"The Mediterranean could be a sea of cooperation,” Dendias said. "We want the countries that have a say and concern themselves with the issues of the region to be fully informed concerning Greece's positions and to understand that we represent the side of logic. If Turkey wishes to join these countries, nobody would be happier than us."

"Implementing the rules of international law in the region helps all societies. Turkey does not always understand this,” he claimed, adding that Ankara seeing things Athens’ way “is in the interests of Turkish society." 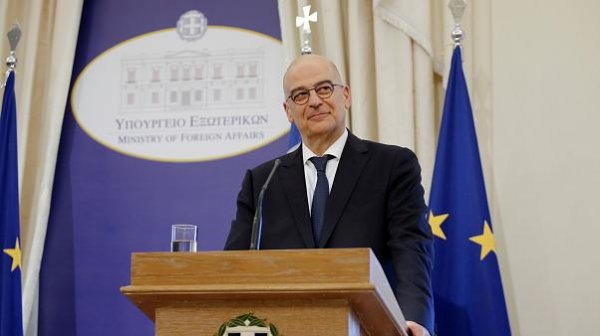 On the Turkish ship Oruc Reis exploring for energy near what Greece sees as its waters, Dendias said “this chapter” should close.

But he said the situation has gotten too much of attention from the Greek public, adding that “it is best not to give to the other side the impression that it can raise our temperature at will.”

Turkey has consistently contested the Greek Cypriot administration’s unilateral drilling in the Eastern Mediterranean, asserting that the Turkish Republic of Northern Cyprus (TRNC) also has rights to the resources in the area.