Free Syrian Army (FSA) continued to move its members toward to YPG-held town, one day after Assad regime forces entered Arimah in the western countryside of Manbij region in coordination with the YPG.

The northern Syrian town of Manbij has become a focal point of the post-US troop pullout plans as actors on the field deploy their forces in the region. 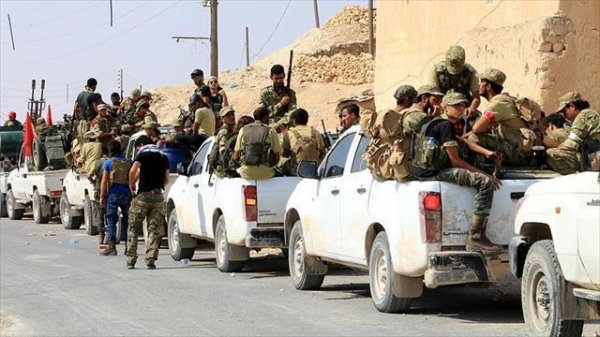 While FSA forces also close down on the town, the Turkish military continued to reinforce its troops along the Syrian border.

The situation in Manbij will be one of the main questions in the aftermath of the US pullout. The town is controlled by the YPG/PKK terror organization.