Forest fires brought under control except 2 in Turkey

Turkey has brought under control all forest fires, except blazes in the Milas and Köyceğiz districts of the country’s southwestern Muğla province, said the minister of agriculture and forestry on Monday.

“#ForestHeroes continue their work with great devotion from land and air in Milas and Köyceğiz,” Bekir Pakdemirli said on Twitter.

Earlier in the day, Foreign Minister Mevlüt Çavuşoğlu, a native of Antalya, said 59 neighborhoods and 3,231 buildings were affected by the flames in the southern Antalya province. 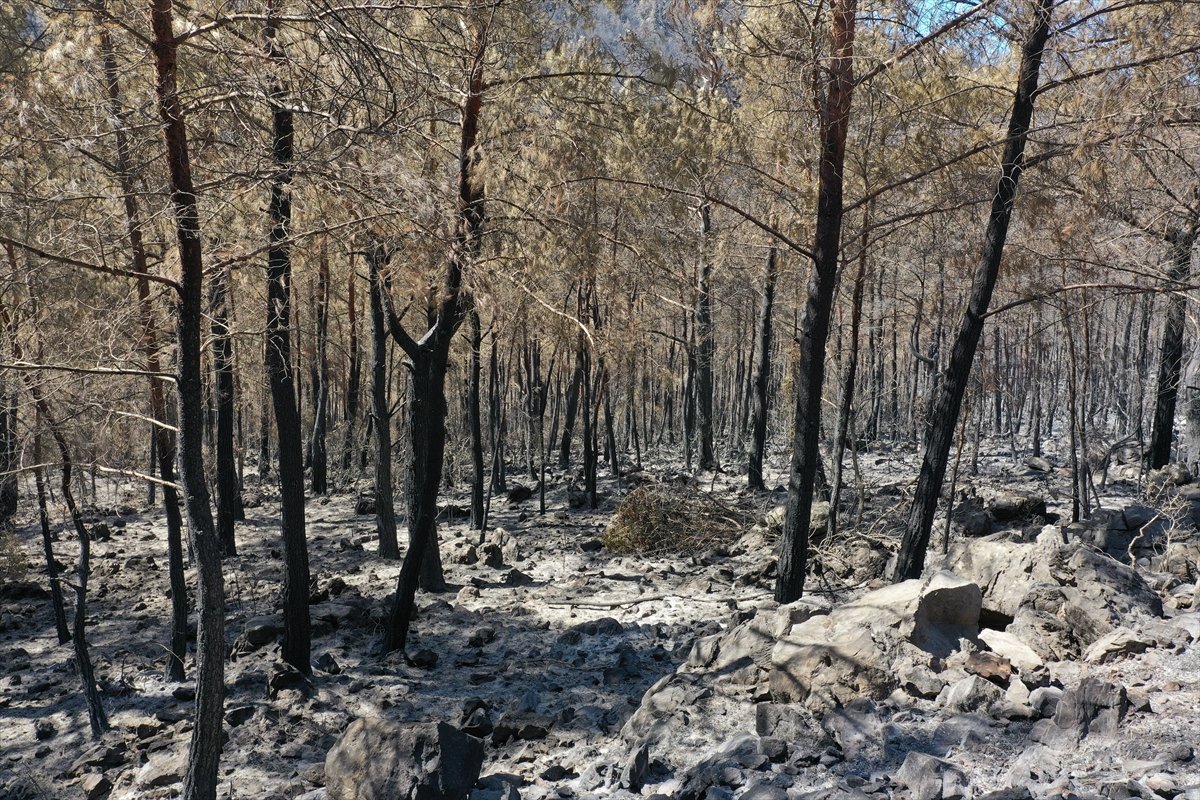 He said 207 of them were already set up and 31 others will be installed in different neighborhoods on Monday. He also said 93 vehicles, including 16 tractors, were also damaged due to flames. Four of the tractors were compensated, while the remaining 12 will be delivered soon, he added.

People who were engaged in animal husbandry across 43 neighborhoods have lost 11 million Turkish liras ($1.27 million), he said, adding: “According to the preference of our citizens, we will cover these losses by paying in kind and cash.”

Referring to the agricultural land affected by fires, he said olive, pomegranate, citrus, laurel, and carob orchards that burned during the fires will be replanted.

“We are working hard to cover all damage suffered by our fellow citizens, from housing to vehicles, from animals to agricultural land. … We've made necessary plans to ensure that these aids arrive on time without any disruption in the upcoming period,” he said. 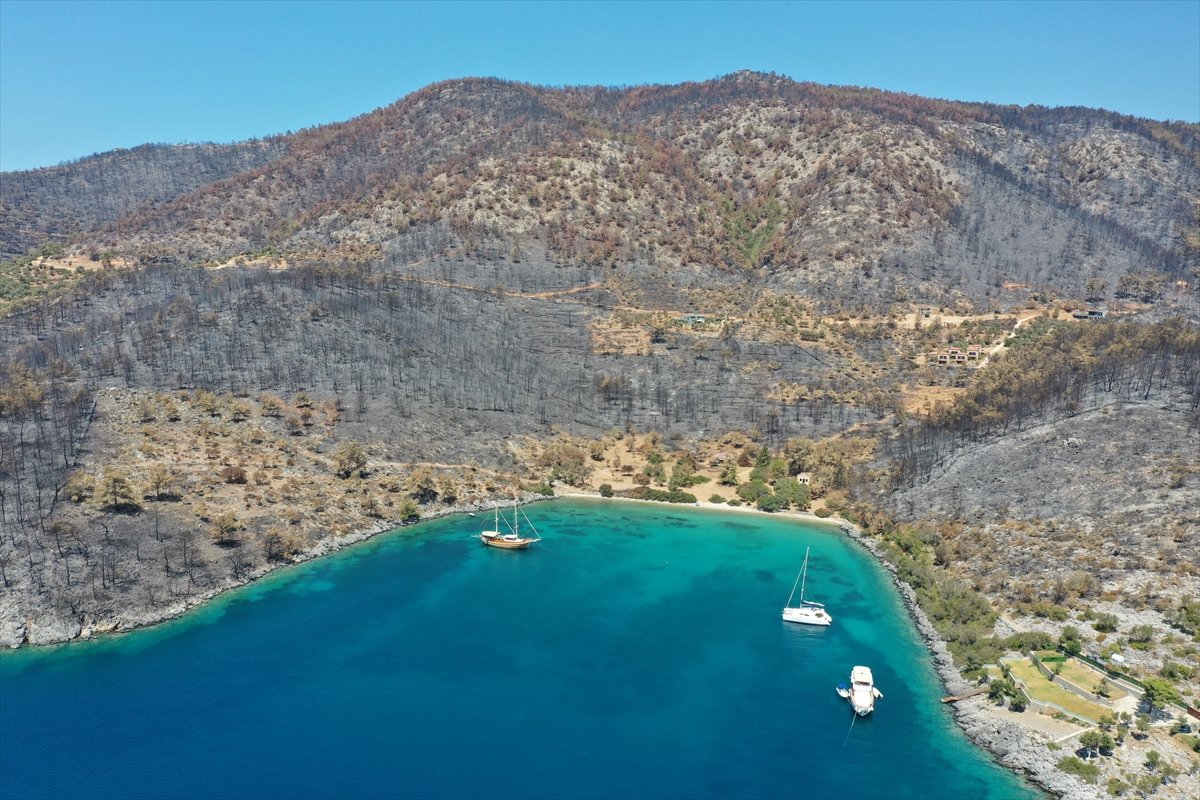 He also thanked forest workers and firefighters who came from all over Turkey and worked wholeheartedly.

The Muğla Governorship said in a statement on Monday that seven planes, 39 helicopters, two drones, 10,547 personnel, and 2,545 vehicles took part in the efforts to take the flames under control.

The statement added that regional teams of the Directorate of Forestry intervened in the forest fire that started at 1.11 p.m. local time on July 29 in the Marmaris district.

Some 38,715 people were evacuated from the region due to the fires, it said. The treatment of 15 people out of 687 affected by the fire continues, while 672 people have been discharged from hospitals, it added. 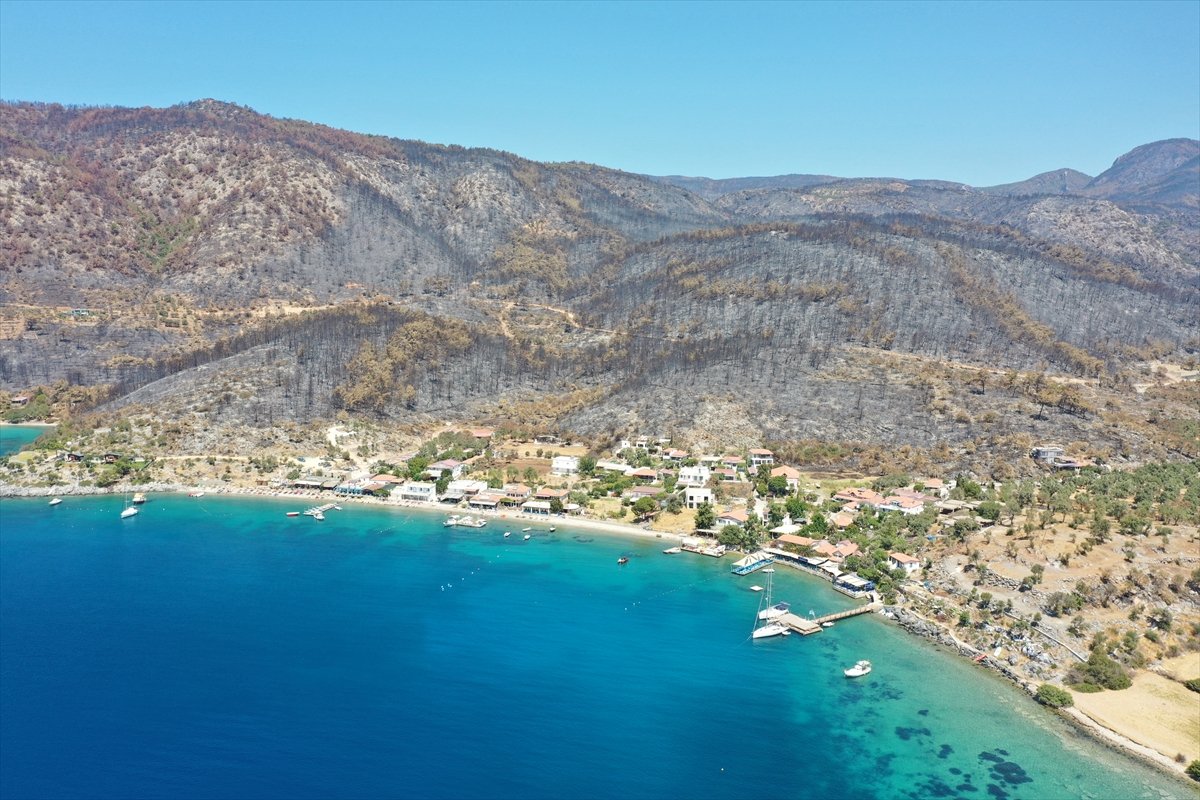 A fire close to the Kemerköy thermal power plant was extinguished, it noted, saying precautionary measures were taken at the power plant.

At least eight people have been killed, according to official figures, since fires started in southern and southwestern Turkey on July 28.