One person missing in Bartın province, with search efforts continuing.

This week’s flooding in Turkey’s Black Sea region has claimed at least eleven lives, and at least one person is missing, officials said Thursday.

Floods due to heavy rains hit the northern Black Sea region on Wednesday, leaving ten people dead in Kastamonu province and one in Bartın province.

One citizen is missing in Bartın, according to the Disaster and Emergency Management Authority (AFAD).

Rescue and relief teams have been deployed to flood-hit areas, and the search for the missing is ongoing, according to officials.

People trapped in the flood in the Bozkurt district of Kastamonu are being evacuated by the Coast Guard, Gendarmerie and Turkish Air Force's helicopters to safer areas. 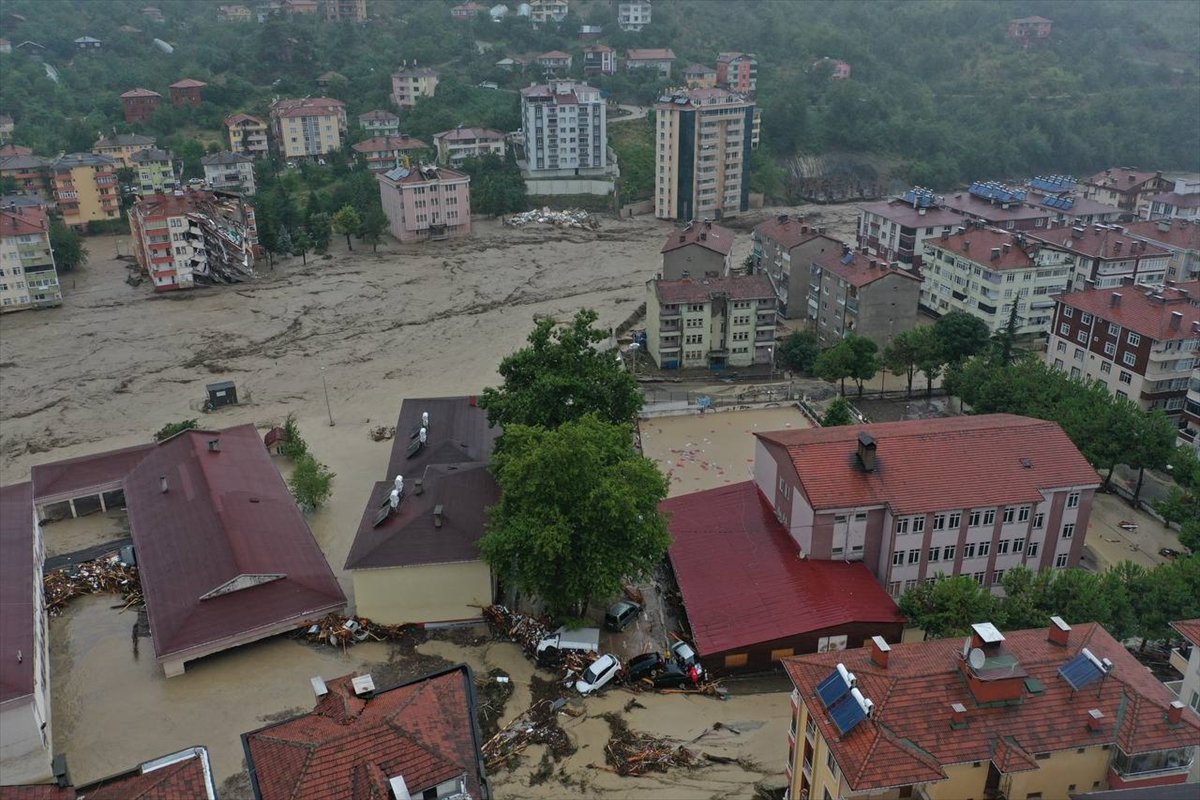