According to the local sources, the flood destroyed the area.

Wednesday’s flash flood stranded many people in northwestern Turkey after blocking roads and causing heavy damage to the buildings.

Cumayeri, a district of the northwestern Düzce province, was hit by heavy rainfall which triggered landslides and blocked the roads to the villages. Eight people, who were stuck in a rafting facility, were rescued by a helicopter, which landed in the Sakarya province located near Duzce, due to adverse air condition in the latter.

Two of the rescued people were learnt to have fractures in their bodies, while the others survived the floods without injury. 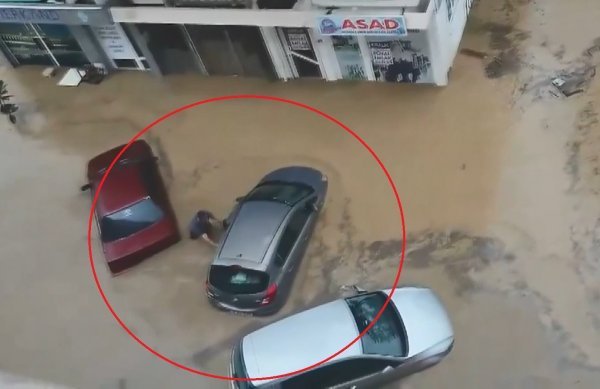 “It was a moment when human faces death,” Davut Pırdal, operator of the rafting facility, told Anadolu Agency. Pirdal added that the helicopter could only reach them at around 8 a.m. (0500 GMT) on Thursday. 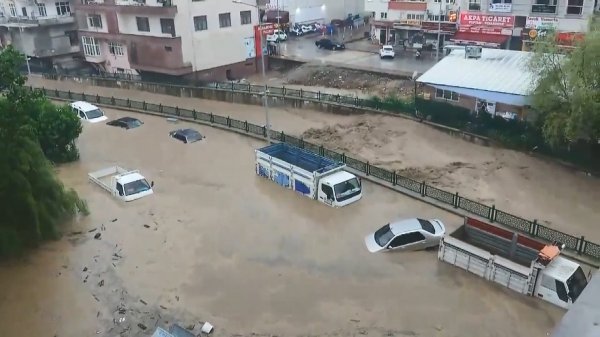 21 people working at hazelnut farms in Dilaver village of Duzce were stranded in their houses due to heavy rainfall.

Also in Akcakoca district, heavy rainfall caused stream flooding, which made it impossible for people residing in villages to reach city center. The villagers are being evacuated to the city center by helicopters, according to Hakan Oztas, deputy mayor of Akcakoca. 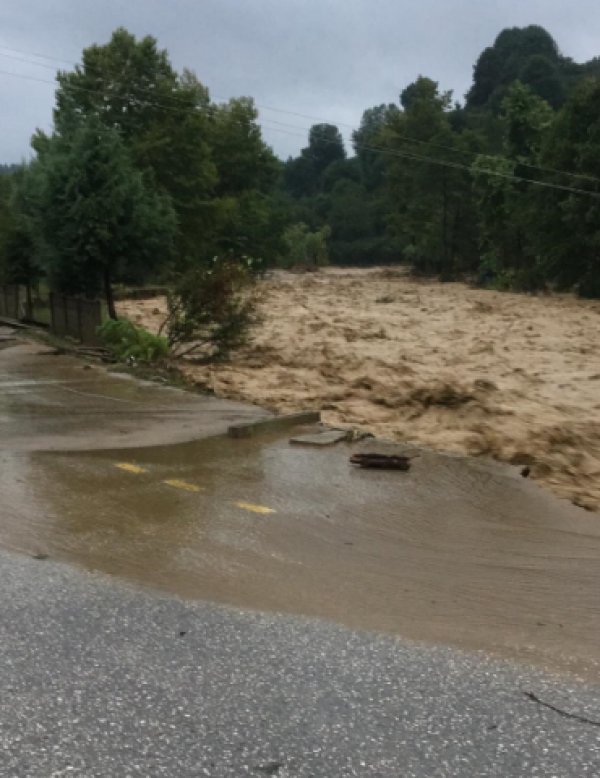