No sanctions coming from the EU will change Turkey's positions on its rights in the Eastern Mediterranean, the country's foreign minister said on Monday.

"IMPOSSIBLE TO GIVE UP OUR RIGHTS IN THE REGION"

"It is not possible to give up our rights and interests in the Eastern Mediterranean just because sanctions will come or because the EU will criticize us," Mevlut Cavusoglu told lawmakers during 2021 budget debates in parliament.

Turkey will continue to stand by dialogue in its foreign policy, he said. 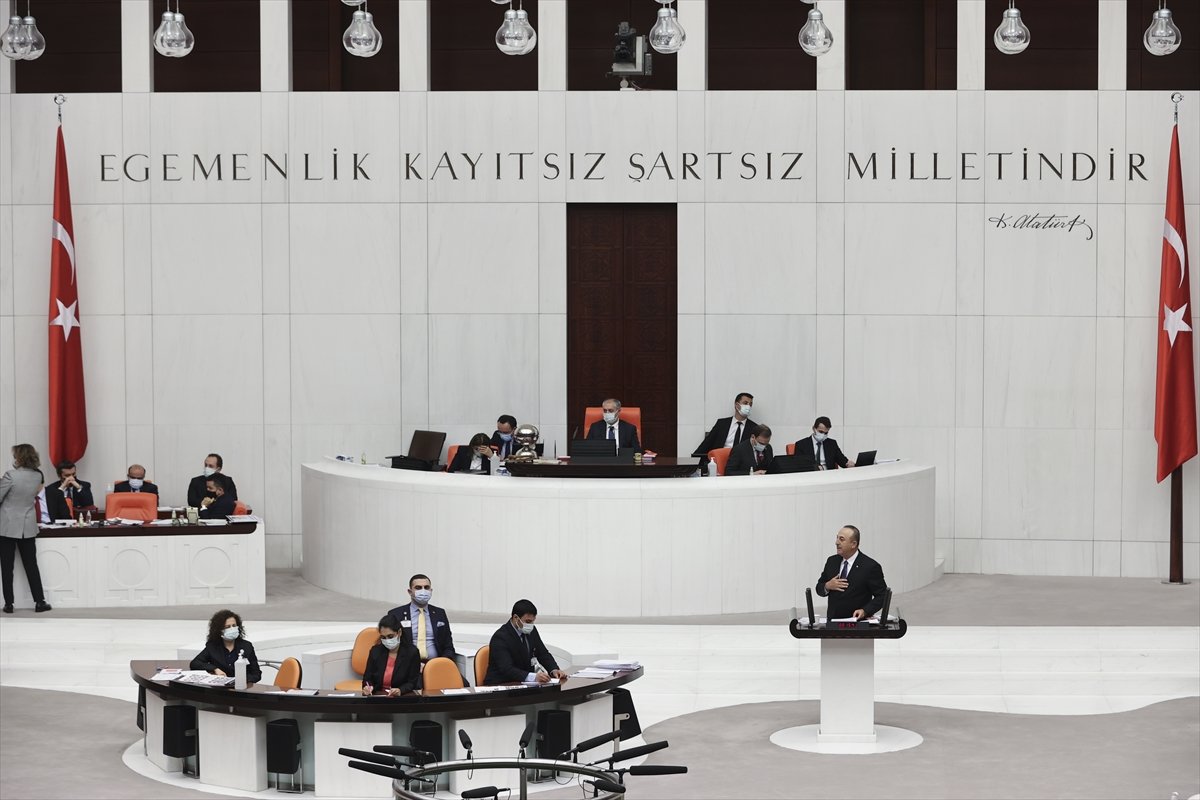 "WE HAVE ALWAYS PROVIDED PEACE AND JUSTICE"

"We have worked to protect our country’s interests, but also we have always provided peace and justice on the ground," he added.

Turkey, which has the longest continental coastline in the Eastern Mediterranean, has rejected the maritime boundary claims of Greece and the Greek Cypriot administration, stressing that these excessive claims violate the sovereign rights of both Turkey and the Turkish Cypriots.

Ankara has sent drill ships in recent months to explore for energy resources in the Eastern Mediterranean, asserting its own rights in the region, as well as those of the Turkish Republic of Northern Cyprus.

Turkish leaders have repeatedly stressed that Ankara is in favor of resolving all outstanding problems in the region through international law, good neighborly relations, dialogue, and negotiation.