Erdoğan: We will enter east of Euphrates very soon

Since 2016, Turkey has conducted two major military operations in northwestern Syria to purge the region of terrorist groups Daesh and the YPG.

"FULLY PREPARED TO REALIZE ITS PLANS"

"I hope no one will try to test Turkey's determination to clear its Syrian borders of terrorists," Erdoğan said, speaking at an event in the eastern city of Mus to mark the 948th anniversary of Battle of Malazgirt. 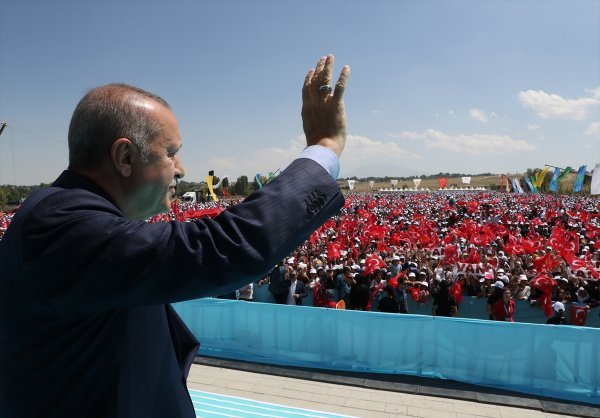 Erdoğan also warned of any stalling east of the Euphrates River, saying that Turkey is "fully prepared to realize its plans". Referring to the establishment of the safe zone in Syria, Erdogan said: "The complication of plans in the region and the abundance of treacherous traps will never hinder our path."