In retaliation for the Monday’s deadly attack, Turkey struck over 50 targets and killed 76 Syrian regime troops.

The Assad regime must fall back from Turkey’s observation posts in northwestern Syria this month or Turkey will force the issue, said the Turkish president on Wednesday.

"TURKEY WOULD CONDUCT OPERATIONS IF NEEDED"

"If the Syrian regime will not retreat from Turkish observation posts in Idlib in February, Turkey itself will be obliged to make this happen," Recep Tayyip Erdogan told his party's lawmakers in parliament.

"Turkey’s air and land forces will move freely in all operation areas [in Syria] and in Idlib, and they will conduct operations if needed," he added, amid speculation of fresh Turkish moves in northern Syria. 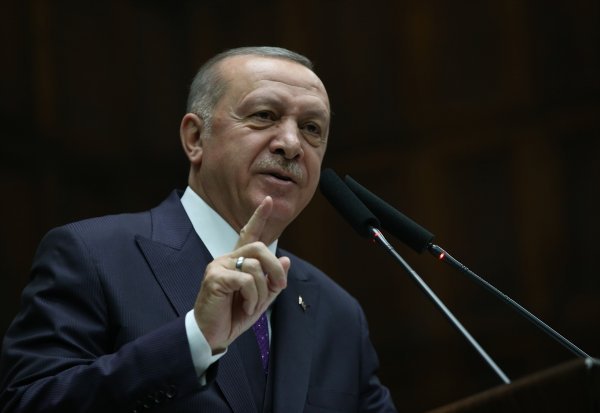 The Syrian regime is violating the cease-fires reached in Idlib, said Erdogan, citing an attack this Monday that martyred seven Turkish soldiers. "The attack on our soldiers the day before was a turning point in Syria for Turkey," he said.

Erdogan added that every attack on Turkish soldiers or its allies will face retaliation, without any warning, regardless of the source of the attack. In its military operations, "Turkey's main principle is not to hurt lives or the property of innocent people," he said.