"I BELIEVE MOLDOVA WILL SUPPORT US AGAINST FETO"

"We thank Moldova for its cooperation in fighting FETO and extraditing its members to Turkey," Erdoğan stated after meeting with his Moldovan counterpart.

Turkish President expressed that Turkey expects schools run by the Fetullah Terrorist Organization (FETO) to be transferred to the Maarif Foundation, a Turkish educational foundation. “Moldova’s Education Ministry and Turkey's Maarif Foundation can jointly work on the issue,” he said. 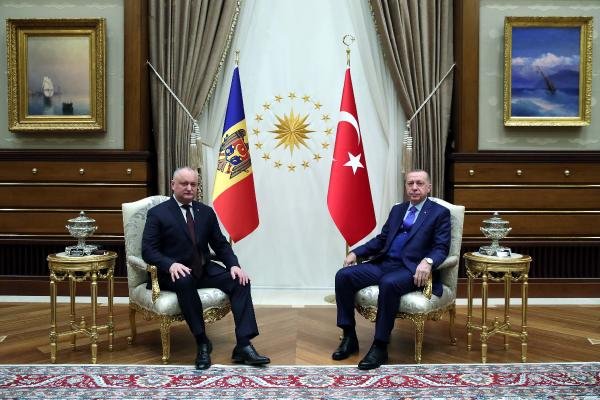 "I believe that our Moldovan friends will keep supporting our fight [against FETO] with the same understanding," he added.