Criticizing NATO leaders, President Erdoğan said that NATO leaders only talked about the fight against terrorism, without taking action on the matter.

"ALL ALLIES MUST TAKE IT SERIOUSLY AS WE DO"

Speaking to reporters about his meetings during Wednesday's NATO leaders' summit in London, Recep Tayyip Erdoğan said the main topics were the refugee crisis, fight against terrorism, burden sharing, cyber and hybrid threats, strengthening solidarity among allies, Russia and China. 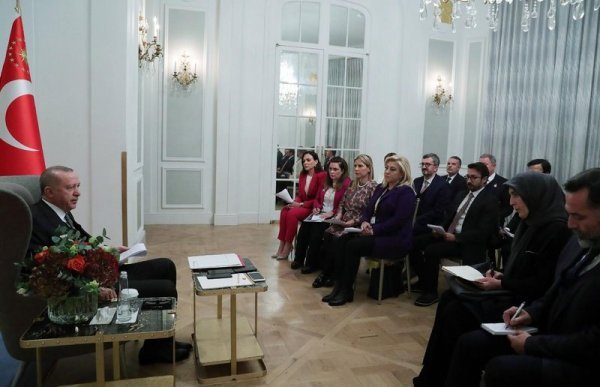 Underlining that Turkey was the only NATO member fighting against terror groups such as YPG/PKK in northern Syria, Daesh/ISIS and the Fetullah Terrorist Organization (FETO), he said: "We regret to see that some allies are hand in hand with these terror groups while emphasizing the fight against terrorism. All allies must take our security concerns seriously, just as we take the alliance's security concerns seriously."

Erdogan added that NATO leaders only talked about the fight against terrorism, without taking action on the matter.