In the wake of regime attack on Turkish troops in Syria, Turkey’s president reiterated his vow to ensure safety of Turkish people and Syrians in Idlib.

“Turkey has retaliated to this attack as it did previously, and it continues the retaliation,” Recep Tayyip Erdoğan said at Istanbul Airport before departing for Ukraine on an official visit. 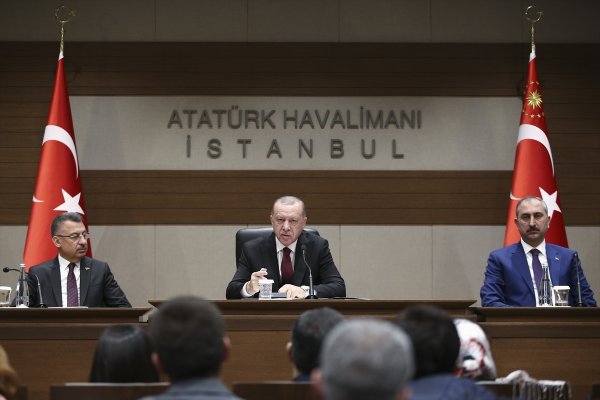 At least four Turkish soldiers were martyred and nine others injured in an intense shelling by forces of Bashar al-Assad regime in Idlib, northwestern Syria early Monday.

“Some 40 positions have been targeted in an ongoing operation,” Erdoğan said, adding that almost 30-35 regime troops were killed according to the initial reports.