Addressing delegates of his ruling Justice and Development Party (AK Party), Turkey will have its own nuclear weapons and may even start making their own high-tech rockets.

Turkish President Tayyip Erdoğan said on Wednesday it was unacceptable for nuclear-armed states to forbid Ankara from obtaining its own nuclear weapons, but did not say whether Turkey had plans to obtain them.

He also referred to one of his visits to a former leader who sought to make more nuclear missiles, as many as the US and Russia.

"I’m not going to reveal the name of the leader," he said, adding that the leader was then a president. 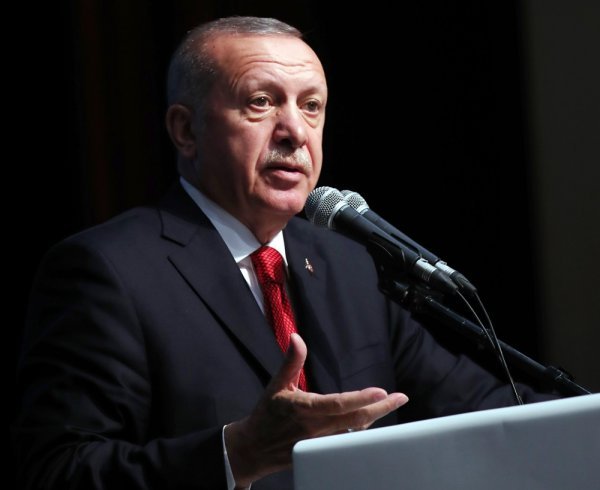 "That leader said, we have about 7,500 nuclear warheads. Russia and the U.S. have about 12,000-15,000 missiles. We will build more as well. They will compete for building more nuclear warheads," Erdoğan said quoting a former president, whose name he did not disclose.

He also highlighted that Israel uses its nuclear warheads as tool of threat.