President Recep Tayyip Erdoğan discussed the latest developments along the Pakistan-India border with India’s prime minister over the phone, according to Turkish sources on Monday.

BILATERAL RELATIONS WERE ON THE TABLE 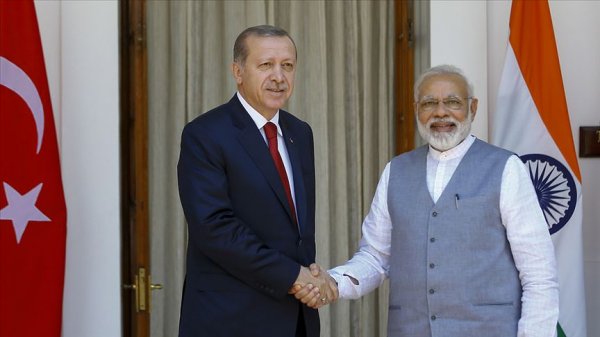 On March 8, Erdoğan also discussed the India-Pakistan tension with UN chief Antonio Guterres over the phone.