President Erdoğan says country stands with Afghanistan in its fight against terrorism.

President Recep Tayyip Erdoğan has extended condolences to his Afghan counterpart over a suicide car bombing attack on Monday, according to presidential sources.

"TURKEY IS WITH AFGHANISTAN IN ITS FIGHT"

“I condemn this hateful terrorist attack,” Erdoğan told President Mohammad Ashraf Ghani in a condolences message over the attack in central Afghanistan, the source said, who asked not to be named due to restrictions on speaking to the media. “I repeat once again that Turkey is with the friendly and brotherly Afghanistan in its fight against terrorism,” he added. Erdoğan also wished a quick recovery to the injured. 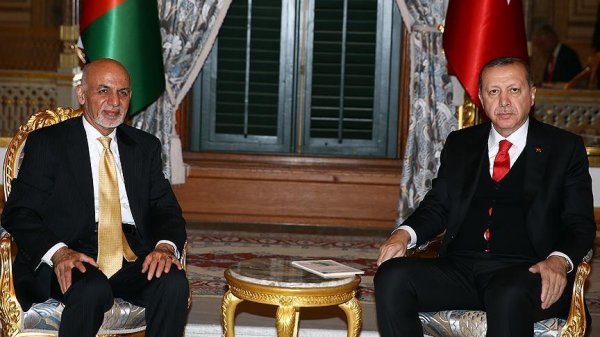 Earlier on Monday, at least 12 personnel of Afghan special forces were killed in a suicide car bombing in central Maidan Wardak province, situated less than 50 kilometers (31 miles) south of capital Kabul. This is the second suicide car bombing of the sort in two days indicating an evident surge in the Taliban’s onslaughts amid a stalled peace process.

A day earlier, the Taliban claimed a similar car bombing aimed at the convoy of a provincial governor in Logar province that killed at least eight security forces.