In his phone call with Merkel and Macron, President Erdoğan expressed Turkey’s concern over the humanitarian catastrophe for residents of Syria's Idlib.

Turkey's president announced he would discuss recent developments in Syria's northwestern province of Idlib with his Russian counterpart in a phone call on Friday evening.

PUTIN HAS NOT YET TO ACCEPT THE PROPOSAL

Speaking to journalists after the weekly Friday prayer in Istanbul, Recep Tayyip Erdogan said the call with Russia's Vladimir Putin would take place at 06.00 p.m. local time [1500GMT], adding that Turkey's attitude would be determined after the conversation.

"Merkel and Macron suggested holding quartet summit on March 5 in Istanbul to discuss Idlib," said Erdogan, adding that Putin had yet to accept the proposal. 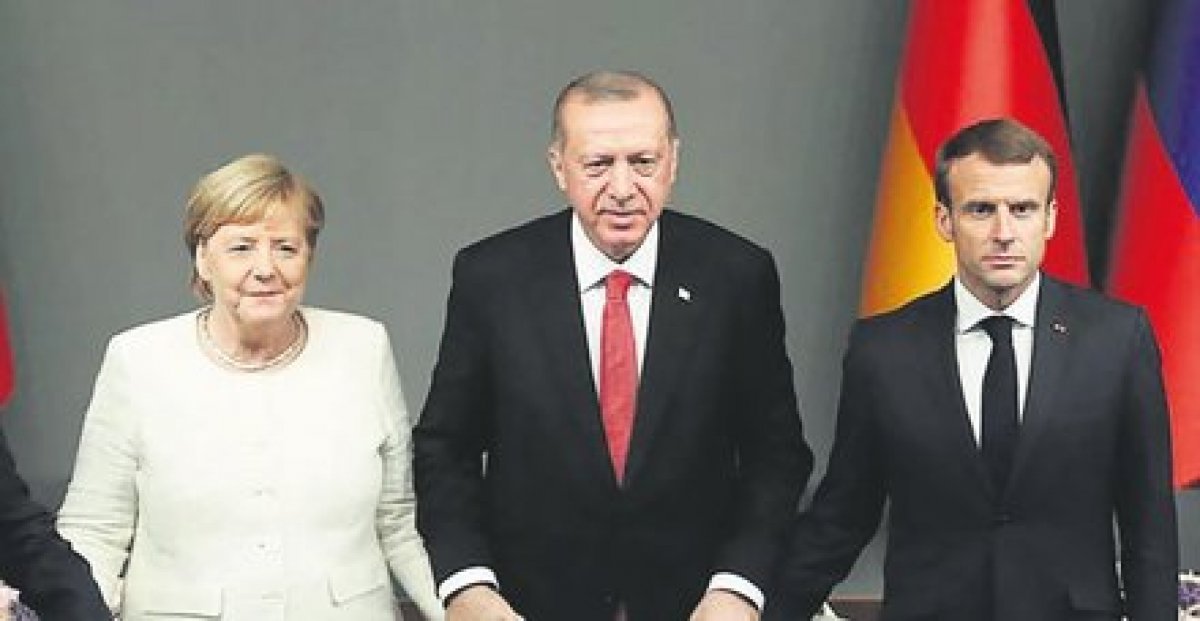 He said that Turkish and moderate opposition groups had destroyed 12 tanks, three armored vehicles, 14 howitzers and two pickup trucks in Idlib, where fighting continues with forces loyal to the Bashar al-Assad regime, and its Russian and Iranian allies.

He added that some 150 regime forces had been neutralized.