Erdoğan: 50,000 more refugees on the road to Turkey

Speaking at the Muslim world leaders summit, President Erdoğan said that more than 50,000 refugees moving towards the country from Syria.

President Erdoğan said on Thursday that 50,000 people were fleeing Syria’s northwestern region of Idlib to Turkey.

"WHEN IT COMES TO WEAPONS, THE ARMS COME"

Syrian and Russian forces carry out regular air strikes against targets in Idlib, pushing more people toward the Turkish border.

“Look, 50,000 people are once again coming from Idlib to our lands,” Erdoğan told a meeting of Muslim leaders in Malaysia. “We already have 4 million people, and now another 50,000 are coming and this may increase.” 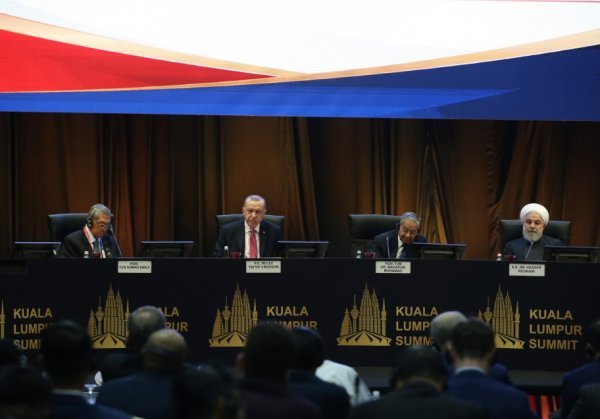 “They provide no support when we call on them to form a safe zone, but when it comes to weapons, the arms come,” he said.