Around 80 people evacuated from malfunctioning chairlift in ski resort in Kars, Turkey after being stranded for an hour.

A ski lift malfunction left around 80 people temporarily stranded at a resort in northeastern Turkey on Sunday, said, local officials.

All the people who got stuck were safely evacuated, said Oktay Aygan, provincial head of the Disaster and Emergency Management Authority (AFAD) in the Kars province. 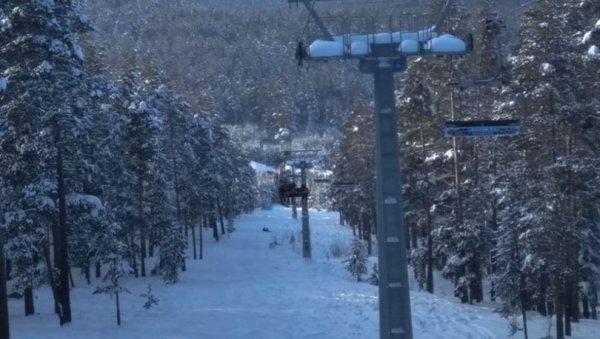 "People were stranded in the ski lift for about an hour, but were safely evacuated," Oksuz said, adding that there were no health problems in the group.

The rescue operation was carried out by a search and rescue team of Turkish gendarmerie forces and an AFAD team.