Death toll from floods in Black Sea region rises to 51

43 people killed in Kastamonu province, 7 in Sinop and one in Bartın province.

The death toll from floods in Turkey's Black Sea region has risen to 51, according to authorities.

Seven others died in the Sinop province and one in the Bartın province. Rescue and relief operations are continuing in the flood-hit areas, the statement added.

It said 112 villages in Kastamonu and 86 villages in Sinop have been left without electricity, adding that a fund of 20 million Turkish liras ($2.4 million) has been allocated for the region. 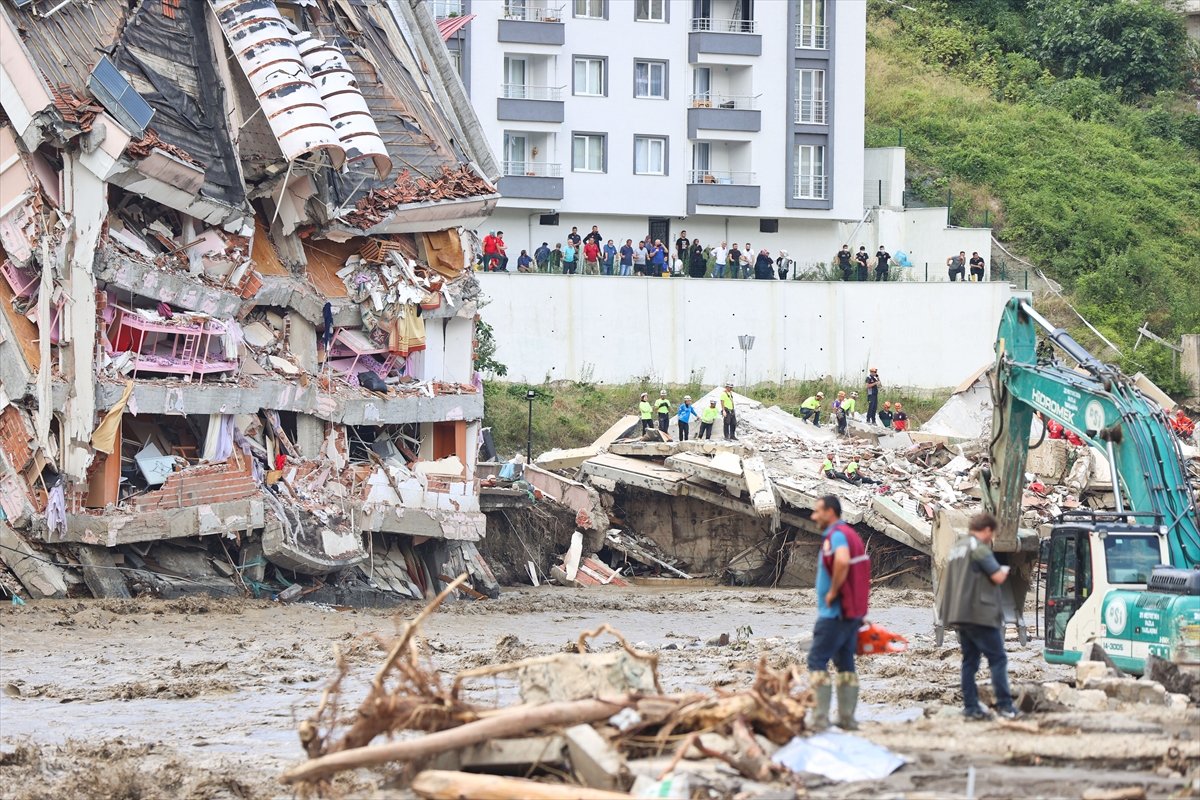 Over 895 workers in Bartın, 2,333 in Kastamonu, and 1,532 in Sinop are carrying out relief work in the affected areas, according to a previous AFAD statement.

A total of 323 people in Bartın, 925 in Kastamonu, and 472 in Sinop were evacuated to safe areas by helicopters and boats, Communications Director Fahrettin Altun said on Twitter.

He said 220 volunteers, nine catering trucks, and 42 vehicles sent by the Turkish Red Crescent to the region are working on the ground.

The volunteers, non-governmental and humanitarian organizations in the region continue their work in coordination with AFAD and other relevant public institutions, Altun said and appreciated their efforts. 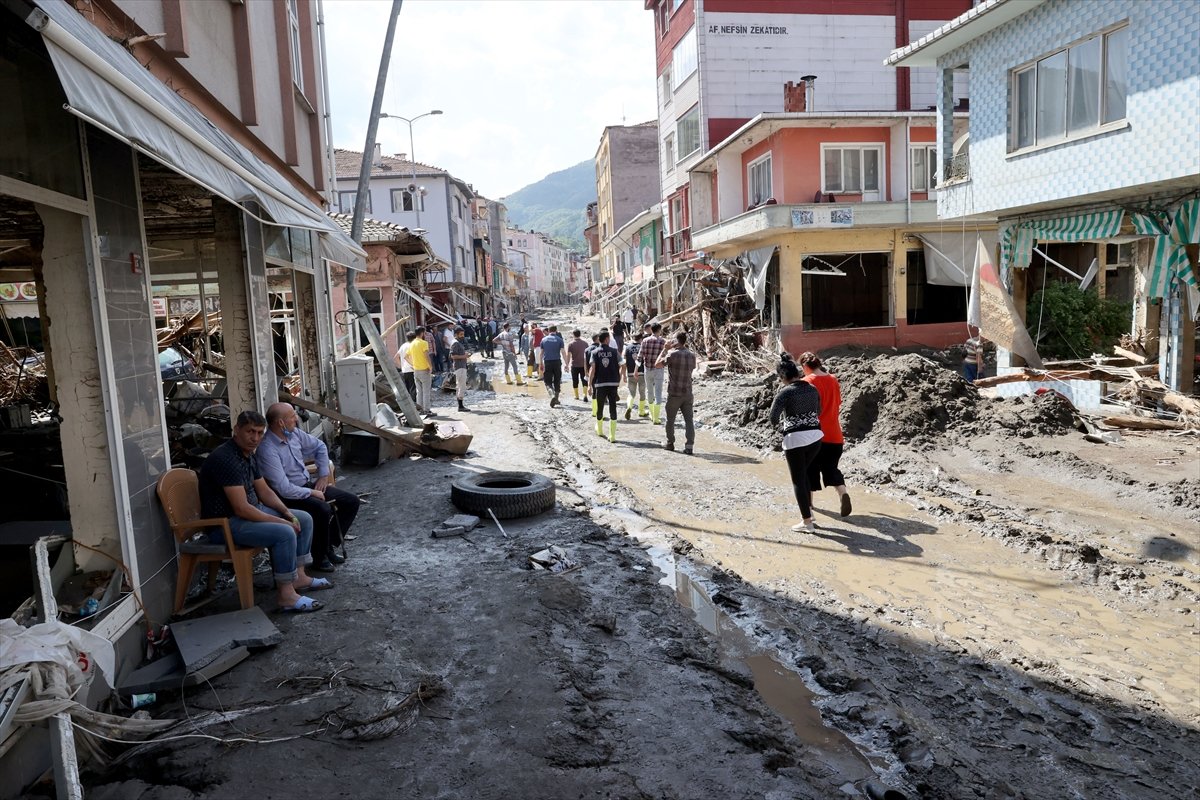 "We will do our best as a state as quickly as possible, and hopefully we will rise from our ashes again," he said.

The president added that he will make an on-the-spot assessment together with Interior Minister Süleyman Soylu, Transport and Infrastructure Minister Adil Karaismailoğlu, and Environment and Urbanization Minister Murat Kurum. Necessary steps will be taken after the assessment, he said. 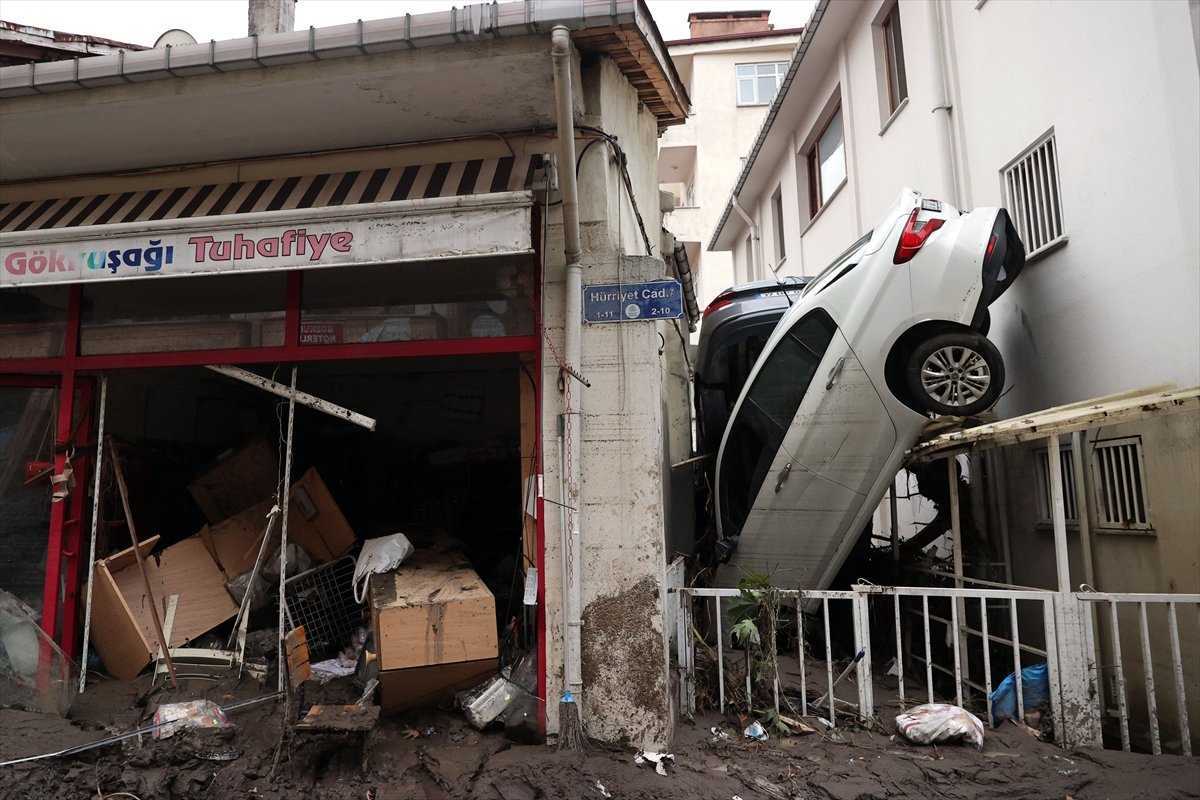 "We have taken all emergency measures (in the flood area) from credit support to tax deferrals," he said.

Erdoğan went on to say that 120 teams across three provinces conduct the damage detection works, adding that the state institutions "operate without pause" in the region affected by the disaster.

"We cannot bring back our people who lost their lives, but our state has the power, potential, and determination to compensate for any loss other than that," he added.