Daesh terrorist to be sent to US

Turkish Interior Ministry stated that the foreign national terrorist will be sent to the US after being stuck along the Turkey-Greece border.

The US citizen terrorist will be repatriated to his home country after in legal and literal limbo along the Turkey-Greece border, the Turkish Interior Ministry said on Thursday.

"The necessary legal procedures to send the foreign national terrorist to the U.S. have started after the US guaranteed to let him in the country and issue his travel documents," the ministry said in a statement.

GREEK OFFICIALS REFUSED TO LET HIM IN

A suspected Daesh/ISIS terrorist, Muhammad Darwis B., reportedly an American of Jordanian dissent, was deported by Turkey on Monday after being caught in Syria. But when he proceeded from the Turkish border gate to the adjoining Greek gate, Greek officials refused to let him in -- twice.

This left him in the no-man’s land along the border, adjacent to two countries, but unable to enter either.

Daesh terrorist to be sent to US WATCH

Darwis was deported from Turkey’s Pazar Kule border gate in Edirne, northwestern Turkey. In his first unsuccessful attempt to enter Greece, Greek authorities sent him back to the Turkish gate on foot. His second attempt, however, resulted in a stamp on his passport preventing him from entering Greece. 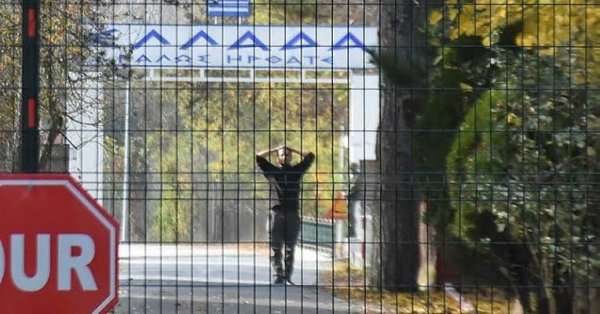 He was allowed to sleep in a car by Turkish border security, provided with food, and he was sent back to the buffer zone in the morning.