Four security boats arrived at the scene in Muğla province and rescued the migrants before they went under the waves.

Turkey’s coastguard rescued more than a dozen irregular migrants Friday who were illegally attempting to cross into Europe through the Aegean Sea.

The local coastguard said a rubber boat carrying 15 irregular migrants, including two infants, as well as an alleged human smuggler sank off the coast of southwestern Mugla province. The infants were taken to a hospital due to hypothermia. 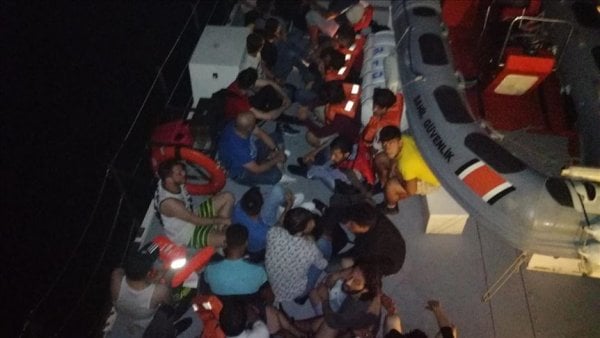 The illegal migration trend gained momentum with the unrest in the Middle East, especially since the beginning of the Syrian civil war in 2011.