Main opposition mayoral candidate in Turkey's most populous metropolis wins the majority in the box where he cast his vote.

Turkey’s main opposition mayoral candidate for Istanbul, Ekrem İmamoğlu, won the majority of ballots from the box where he cast his vote, according to unofficial results on Sunday.

The counting of votes in the ballot box at Haldun Taner Elementary School was completed in the district of Beylikdüzü, where the Republican People's Party (CHP) candidate İmamoğlu cast his ballot. 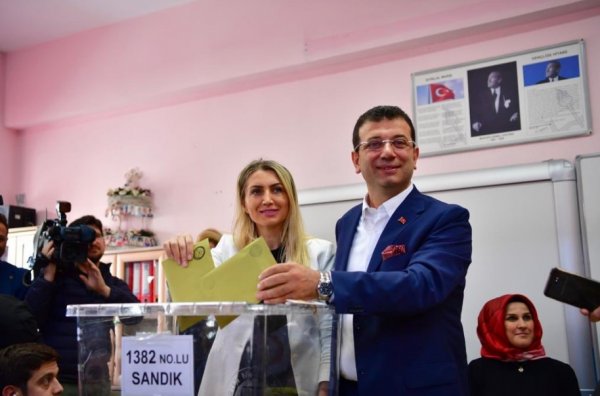