"ON THE OTHER SIDE IT IS A NEW BEGINNING FOR TURKEY"

He arrived at Haldun Taner Elementary School in Beylikdüzü district accompanied by his wife Dilek İmamoğlu and his son Mehmet Selim İmamoğlu.

Speaking to reporters after casting his vote, Imamoglu said: “Today is the final day. On the other side, it is a new beginning for Turkey. I hope the voting process will end up with a high voter turnout in Istanbul." "We rely on tens of thousands of citizens, our fellow employees and the infrastructure of the center we have established for the election safety,” he added. 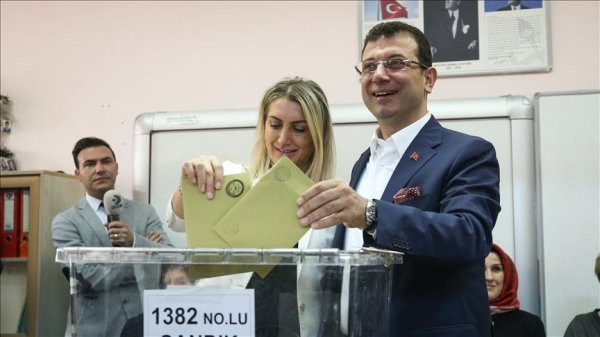