Reuters news agency tries to manage the perception of the public on the local elections held in Turkey.

Polling in Turkey’s local elections began on Sunday, with 57 million registered voters expected to cast their ballots in the country's 81 provinces.

Voters living in Turkey’s larger cities will vote to elect a mayor for the entire city, as well as district municipal mayors, city council members, mukhtars and members of elder councils. The voters will choose from 12 political parties competing in the local elections. 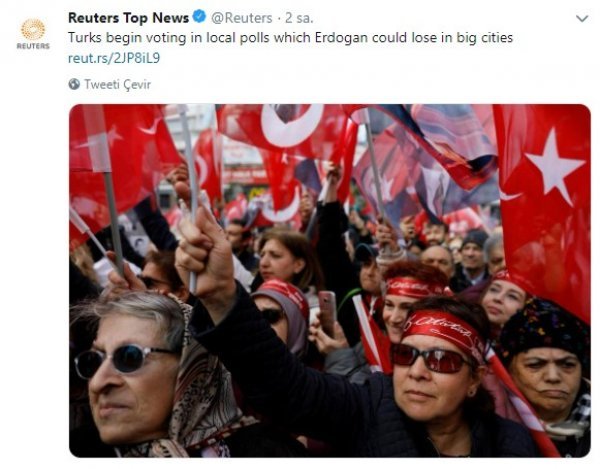 Turkey’s democratic approach gives lessons to the world. But it comes to perception management, British media organs lead the way. Reuters, one of the most ‘objective’ news agencies in the world, has released a scandal headline. “Turks begin voting in local polls which Erdogan could lose in big cities,” said Reuters.