The Azerbaijani president said on Monday Turkey should participate in the solution process in the recent conflict at the Azerbaijan-Armenia front line.

"TURKEY HAS A STRONG POSITION IN INTERNATIONAL COMMUNITY"

“Turkey, with its strong position in the international community, should participate in the solution process in [Upper] Karabakh,” Ilham Aliyev said. 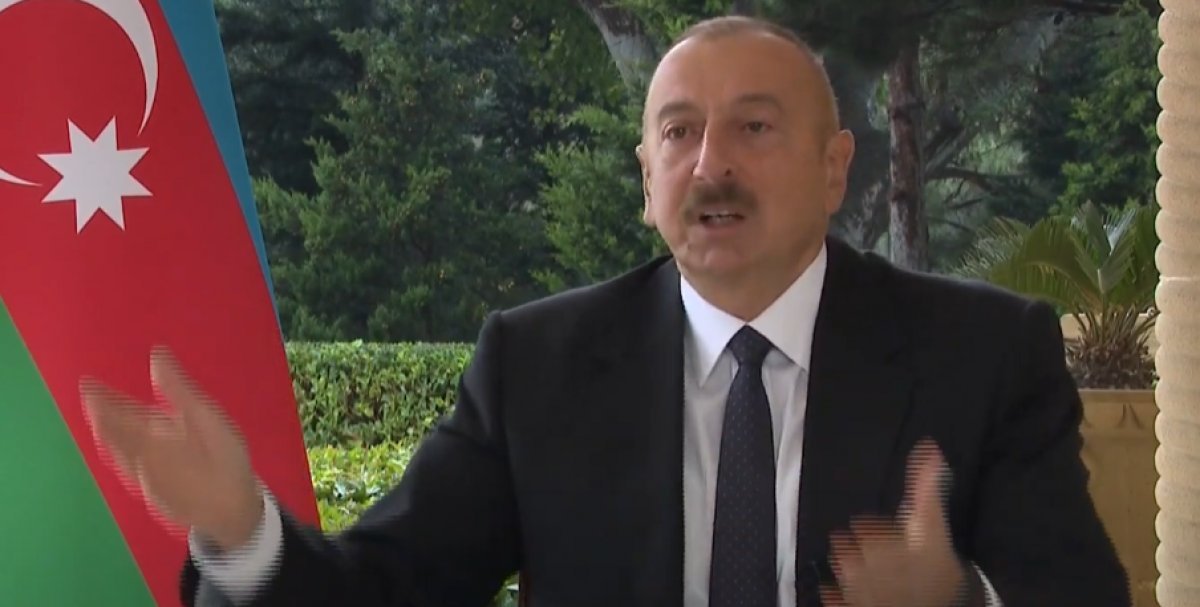 He also stressed that Armenia is trying to pull Russia into the war by attacking the Azerbaijani territories. “Armenians are living in Azerbaijan. We have no problem with the Armenian people. The Armenian people are the hostages of their own power,” he said, adding that they will live together in the Upper-Karabakh when the Armenian occupation policy is over.