Erdoğan: Attack on opposition leader to be investigated thoroughly

"WE NEVER APPROVE OF VIOLENCE"

Six people, one of them identified as Osman Sarıgün, allegedly attacked Kemal Kılıçdaroğlu, head of the Republican People's Party (CHP), on Sunday when he was attending a Turkish soldier's funeral.

Describing the physical attack "an unwelcome act of violence", President Erdoğan said he won't let anyone disturb the peaceful climate in Turkey. "Unfortunately, some unwelcome incidents took place yesterday during the funeral for one of our martyrs in Çubuk [district of Ankara] and protests against CHP leader Kemal Kılıçdaroğlu turned into an act of violence," he said on Twitter. "The incident is investigated thoroughly at all levels. We never approve of violence," the President Erdoğan added. 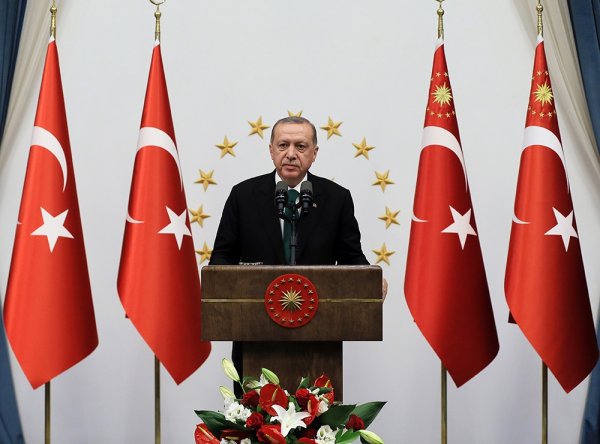 After the attack, Kılıçdaroğlu was taken to a nearby house until an armored vehicle was sent to pick him up under the protection of the security forces. 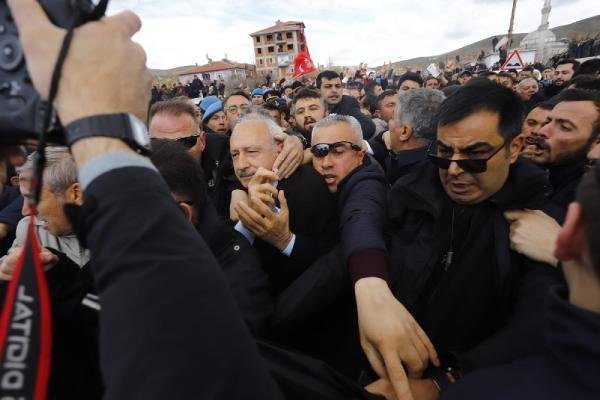 Ömer Çelik, spokesman of the ruling Justice and Development (AK) Party, said in a tweet: "The AK Party is against all forms of violence. Our principles strongly reject violence. There is no room for violence in democratic politics.”

Five other suspects are at the Çubuk District Gendarmerie Command in Ankara for interrogation, it added.