Vaccines to be distributed across Turkey after completion of tests.

The plane carrying another batch of China’s Sinovac vaccine landed early Wednesday in the Turkish capital Ankara, according to the Health Ministry.

The coronavirus vaccines will be distributed to hospitals and health centers across Turkey after necessary tests are conducted, the ministry said in a statement.

Turkey had signed an agreement with the Chinese firm Sinovac for the procurement of 100 million doses of vaccine.

Another batch of Chinese vaccine arrives in Turkey VIDEO 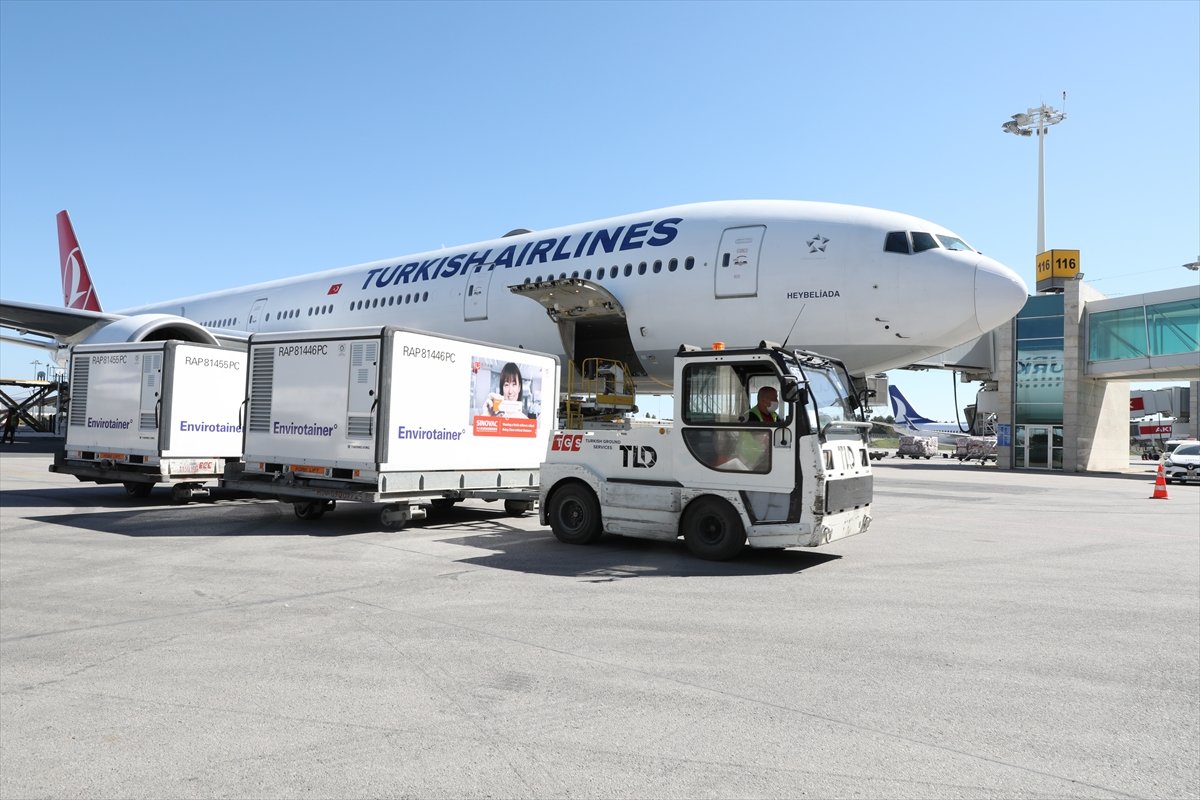 Health Minister Fahrettin Koca said earlier this month that "Sinovac vaccine will continue to be shipped as planned soon, with positive improvements in supply."

Speaking with Bloomberg, Sinovac CEO Yin Weidong said they are licensing the countries in which the Chinese vaccine is used.

"We have licensed the vaccine to 5 countries which are Turkey, Indonesia, Brazil, Malaysia and Egypt to produce vaccines in their countries," he announced. 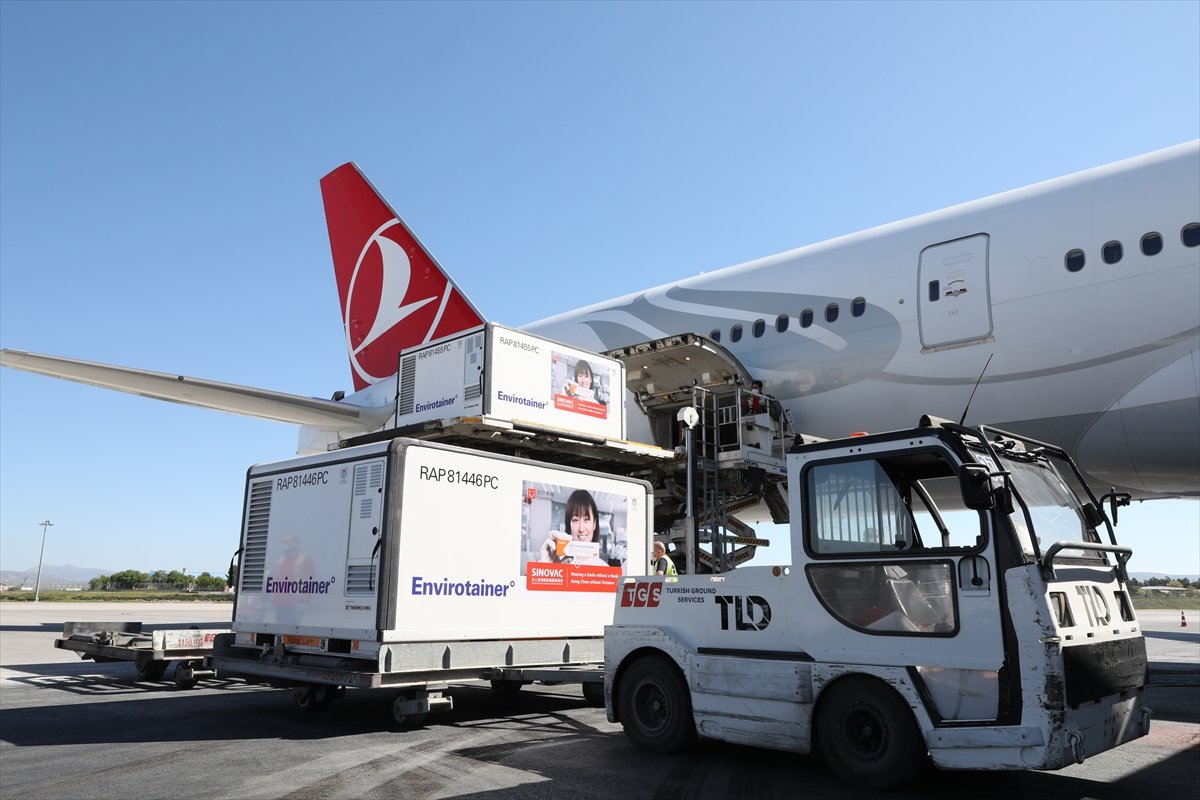 Turkey has administered over 25.33 million coronavirus jabs since launching a mass vaccination campaign on Jan. 14, according to official figures.

To date, Turkey has been giving the Sinovac and BioNTech jabs, with the first shipments of the Sputnik V vaccine expected to reach the country this month. 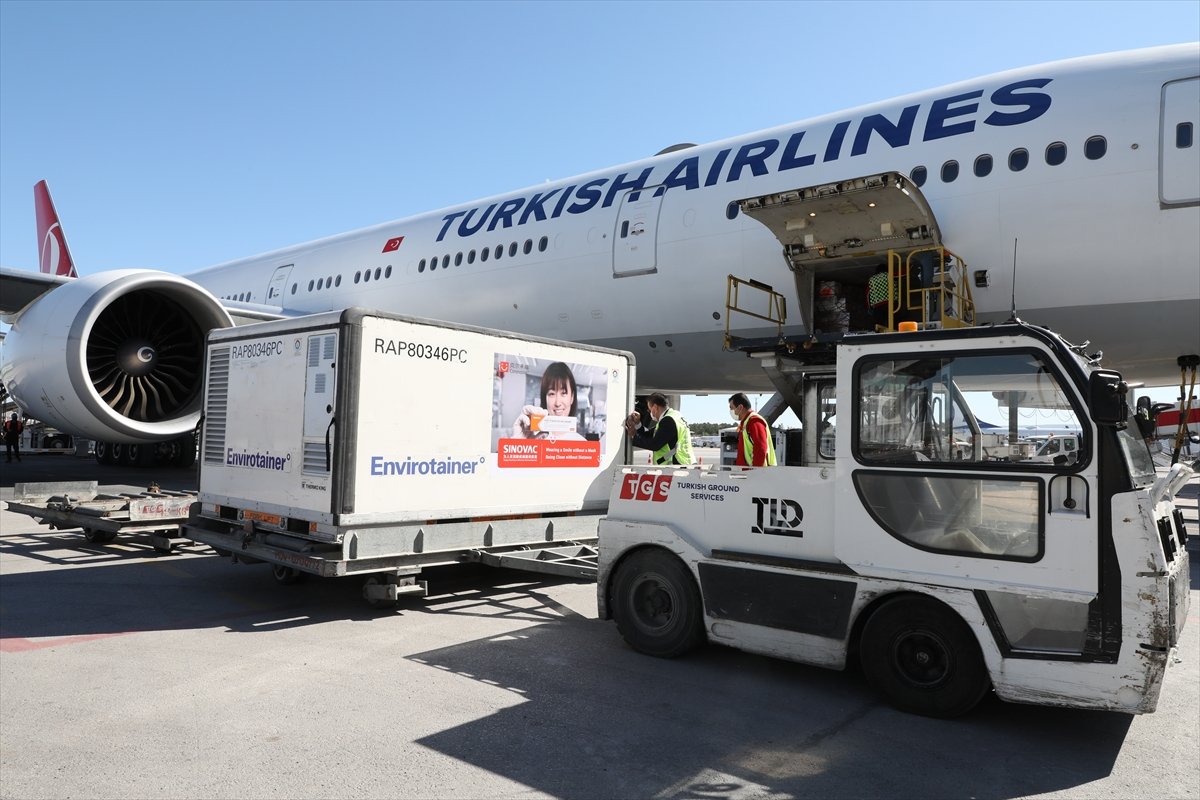