Moscow has hosted a ceremony marking the 98th anniversary of the Turkish national anthem and honoring the memory of its author, the great poet Mehmet Akif Ersoy.

GREAT INSPIRATION AGAINST THE COUP ATTEMPT

Attending the ceremony on Monday were Turkish Ambassador to Moscow Mehmet Samsar, Ömer Özkan, head of the Moscow chapter of the Yunus Emre Institute (YEE) which organized the event and many Russians and Turks. "The national anthem gave direction to the Turkish War of Independence and determined the direction of Turkey,” said Samsar. 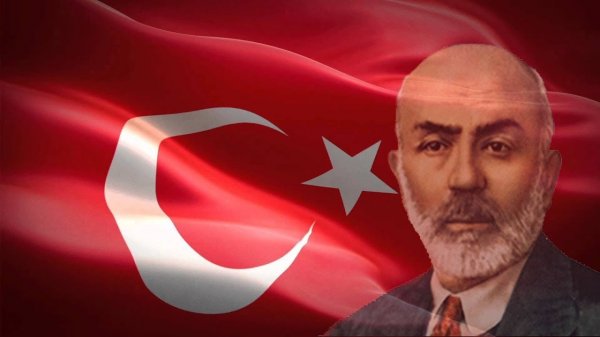 "Our values, our history of civilization, our faith, our nation's historical march are embodied in the verses of our national anthem,” he added. The values of the anthem inspired the Turkish nation to stand against and defeat a 2016 coup attempt, according to Samsar. 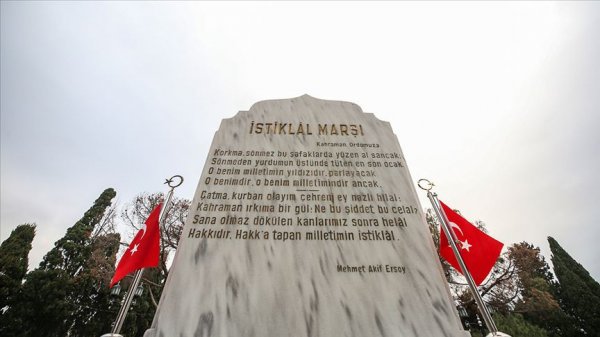 The Turkish national anthem was written in 1921 during the War of Independence as Turkey battled occupation by foreign forces after World War I. It was penned in order to encourage the fighting army and to motivate the struggling nation. It was also the official anthem of the new republic, founded two years later, in 1923. Mehmet Akif Ersoy, Turkey’s “national poet,” was also an author, academic, and member of parliament.

The first reading of Ersoy’s patriotic poem the Istiklal Marsi, or Independence March got a standing ovation, and it was accepted as the national anthem on March 12, 1921. Ersoy passed away in 1936.