Suspects in southeastern Diyarbakir province attempted to sell Hebrew manuscript which is reported to be 1100 years old.

The smugglers were seeking a buyer in Ergani district. The 21-page ancient book written in Hebrew is said to be around 1100 years old with leather cover, golden scripture and religious patterns. 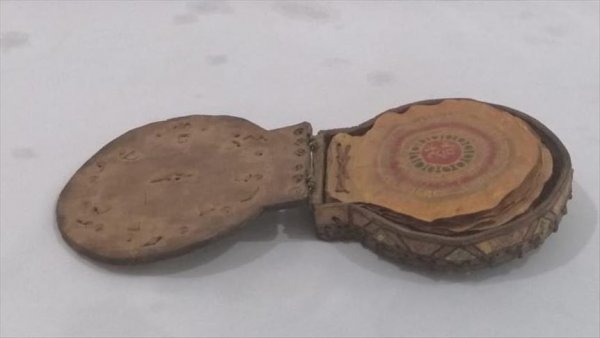 According to the chief public prosecutor the seized historical artifact is taken under protection and the 6 suspects will be held for investigation.