Prosecutors in capital Ankara launched an investigation into the incident. The airport had been temporarily closed to air traffic.

Istanbul’s Sabiha Gokcen Airport has re-opened on February 06, 2020 after flights suspended because of a deadly plane crash that killed at least three, injured 180 people.

The Pegasus Airlines plane with a flight number PC2193 was arriving from Turkey's Aegean province of Izmir at Sabiha Gokcen International Airport when it skidded off the runway during landing, Turkey’s Transportation and Infrastructure Minister Cahit Turhan said.

Three person died and 157 others were injured among 177 passengers -- including two children -- and six crew members, said Turkey's Health Minister Fahrettin Koca. "According to the information we obtained, the plane ... drifted to the land as a result of the hard landing," said Turhan. 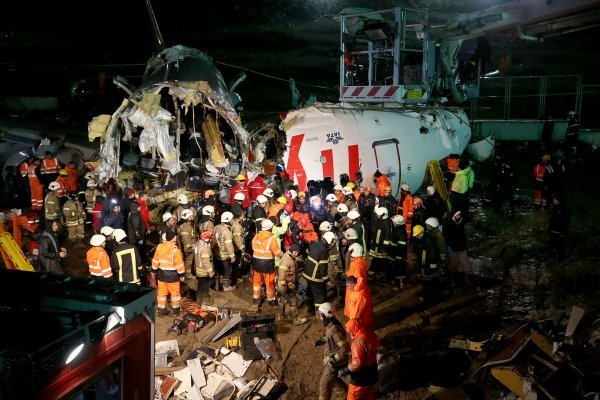 After skidding off the runway, the plane drifts some 50 meters (160 feet), said Istanbul Governor Ali Yerlikaya, adding: "Then, it falls from a height of around 30 meters [100 feet] here where there is a connection road from TEM highway to E-5 highway."