An 800-year-old book written in Hebrew was seized in southeastern Turkey, local officials said on Thursday. 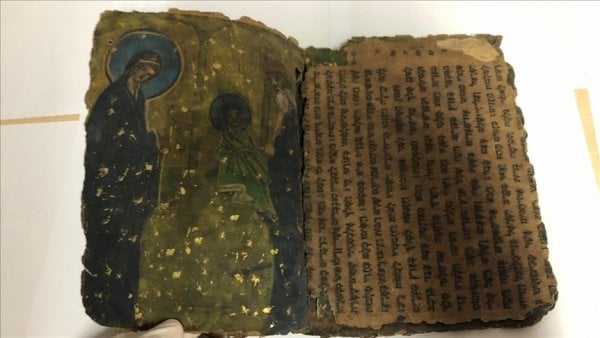 Adorned with religious illustrations, the book consists of some 22 pages of leather, the statement added.

The medieval book was put under state protection, it said.