For the fifth straight day Tuesday, Turkey continued to receive components of the S-400 missile defense system from Russia.

On Twitter, the ministry shared a photo of the Russian plane carrying the air defense hardware at the airbase on the outskirts of Ankara, and said: “The 11th plane landed at the Murted Airbase.”

US THREATENED SANCTIONS OVER THE PURCHASE

The delivery of components of the S-400 long range air defense system is ongoing, it added.

Following protracted efforts to purchase an air defense system from the U.S. with no success, Ankara signed a contract in 2017 to purchase the S-400s from Russia. 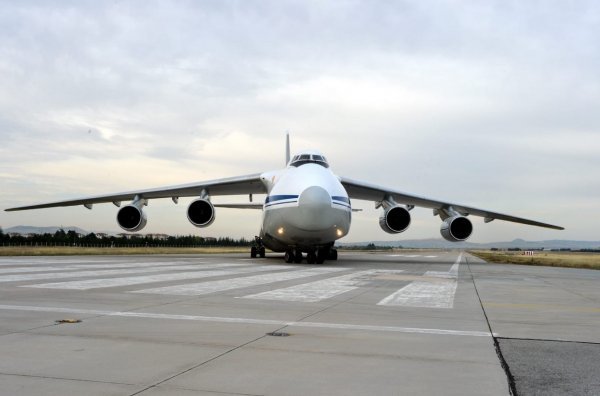 The tenth plane landed at the Murted Airbase WATCH

Turkey, however, emphasized the S-400 would not be integrated into NATO systems and would not pose a threat to the alliance. It has urged the formation of a commission to clarify any technical issues, but the U.S. has failed to respond to Turkey’s proposal.

The US threatened sanctions over the purchase, with Turkey responding that any sanctions would be met in kind.