Drug traffic is one of the most important sources of income of the PKK terror organization. Turkey, on the other hand, gives no respite to the terrorists.

Nearly 5 tons of powdered marijuana was seized in international waters of the Mediterranean Sea, Turkey's Interior Ministry said on Monday.

The "Unity Operation" against drug smugglers was conducted by the Turkish police, gendarmerie and coast guard, the ministry said in a statement. The operation, centered in western Turkey's Izmir, was conducted in international waters 144 kilometers off Libya's Tripoli and 1,390 kilometers from the Turkish coast.

Security forces detained at least 13 suspects during the operation and in raids in Istanbul, İzmir and northwestern Tekirdağ provinces. 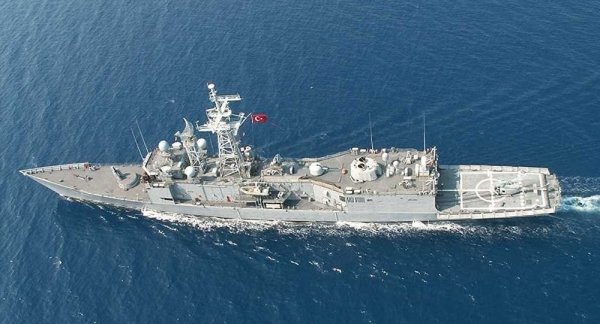 Units that took part in the operation continue searching hidden compartments of the ship, which is being brought Turkey with Turkish warships escorting it.

A statement by the Interior Ministry said that that the drugs would be loaded into fishing vessels and private boats to be distributed in different directions. 15 gendarmerie, 10 police and 206 coast guard personnel took part in the operation, it added.