According to the Interior Ministry data, some 268.000 irregular migrants were held in 2018.

At least 430 irregular migrants were held in a border city of Turkey in the northwest, security sources said on Wednesday.

MIGRANTS WERE REFERRED TO MIGRATION CENTRE

The migrants -- who attempted to cross to Europe illegally -- were arrested in Edirne, a Turkish province bordering Greece and Bulgaria, by the local gendarmerie forces. 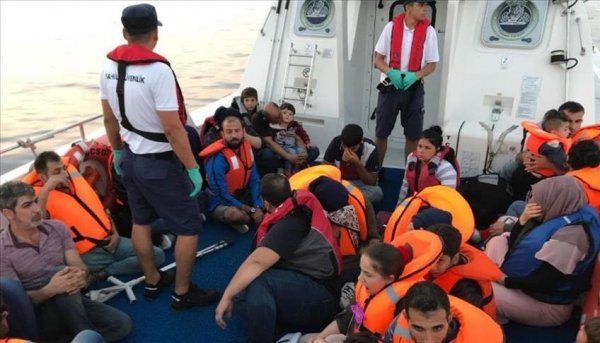 The arrests came after two-days of inspections by the local gendarmerie forces in the Ipsala, Meric, and Uzunkopru districts. The irregular migrants from Syria, Afghanistan and Bangladesh were later referred to provincial migration directorate.

Turkey has been the main route for refugees trying to cross to Europe, especially since the beginning of the civil war in Syria.