At least 11 Turkish soldiers, including a senior officer, were martyred and two others injured as a military helicopter crashed in eastern Turkey on Thursday, the National Defense Ministry said.

“The number of our martyrs has increased to 11. We wish Allah's mercy upon our martyrs and extend our condolences to their precious families,” the ministry said on Twitter.

In an earlier statement, the ministry said 10 soldiers lost their lives and three soldiers were injured in the crash in Bitlis province.

Later, one of the soldiers succumbed to his wounds.

The contact with the Cougar-type military helicopter, which took off from the eastern Bingol province for the Tatvan district of Bitlis at 1.55 p.m. local time [1055GMT], was lost at 2.25 p.m. [1125GMT]. 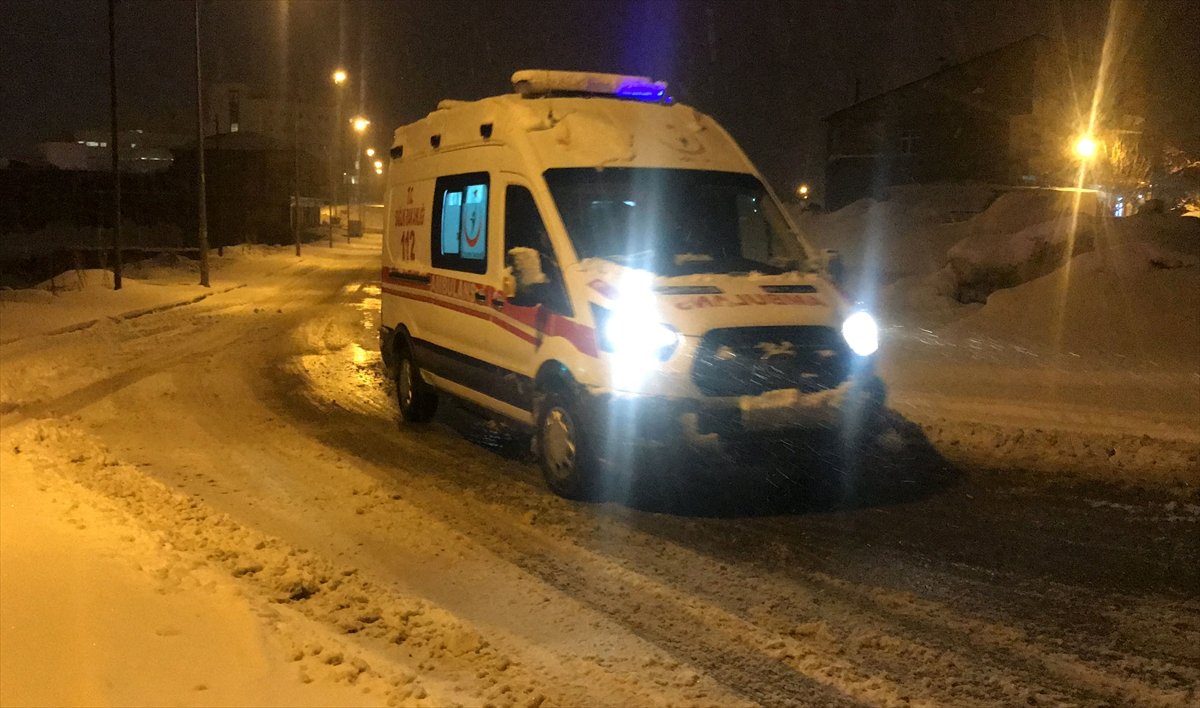 "The efforts are underway for the transfer of our injured personnel to the hospital," the ministry said.

BAD WEATHER MAY HAVE CAUSED THE CRASH

Yesterday’s deadly crash of an army helicopter in Bitlis province in eastern Turkey may have been caused by adverse weather conditions, Akar said early Friday.

"Based on initial information and witnesses' statements, it is considered that the crash occurred due to suddenly changing adverse weather conditions," Akar said at the 8th Corps Command in Elazig province.

He said the exact cause of the crash will be determined following a detailed investigation which will begin later in the day.

Stating that 11 personnel were martyred and two were injured in the crash, Akar said the injured are being treated at a hospital and are in good health.

He extended his condolences to the grieving families of the 11 soldiers who were martyred, including a corps commander, and wished a quick recovery to the wounded. 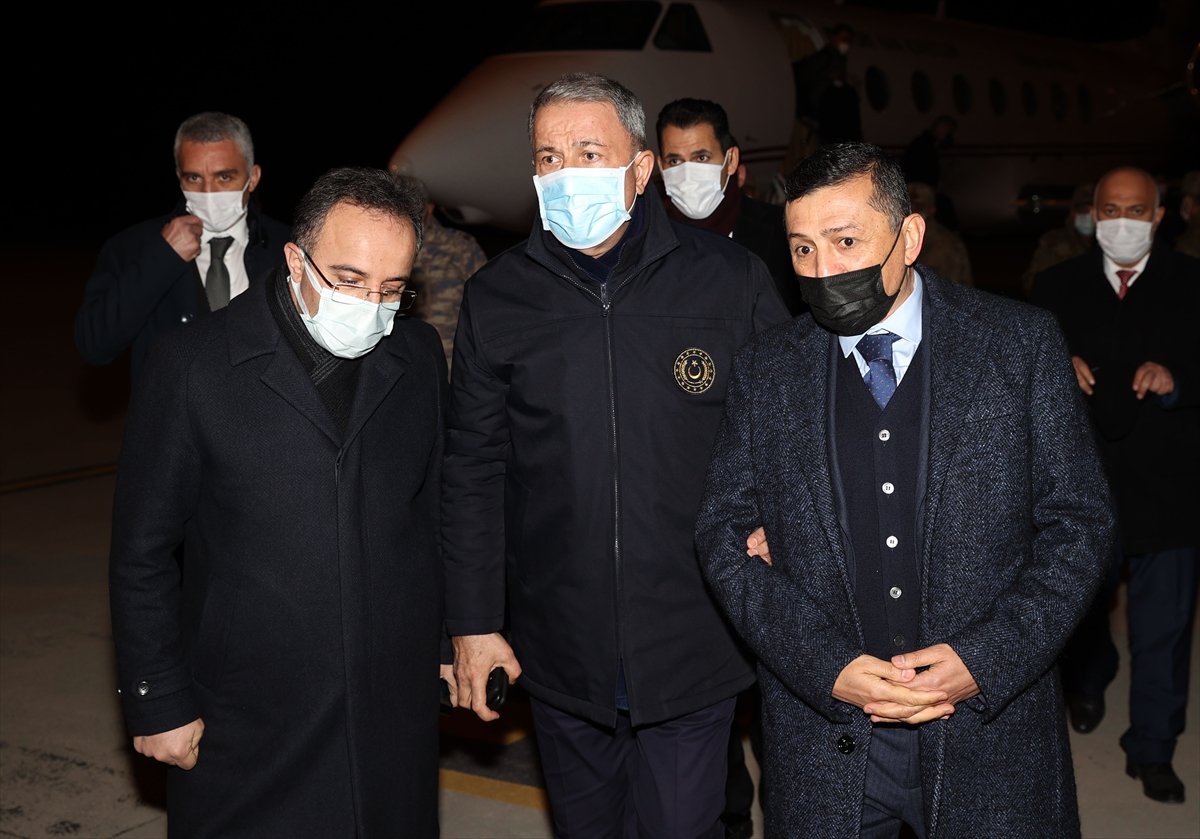 "We did not realize that the helicopter crashed […] After a while, my children said that "a helicopter has crashed," Bikec added.

He said there were 4 wounded people, and one of them was partially buried under the wreck.

"His mouth was stuffed with snow. I cleared the snow and helped him breathe," he added.

"I asked him if he is okay. He told me, 'I am okay'," Bikec said, adding he dug the snow with his hands to free the trapped soldier.

"After I took him out, I asked him to stay still in case of any fractures. Then I approached another soldier. I took off my jacket and laid it on him," he said. 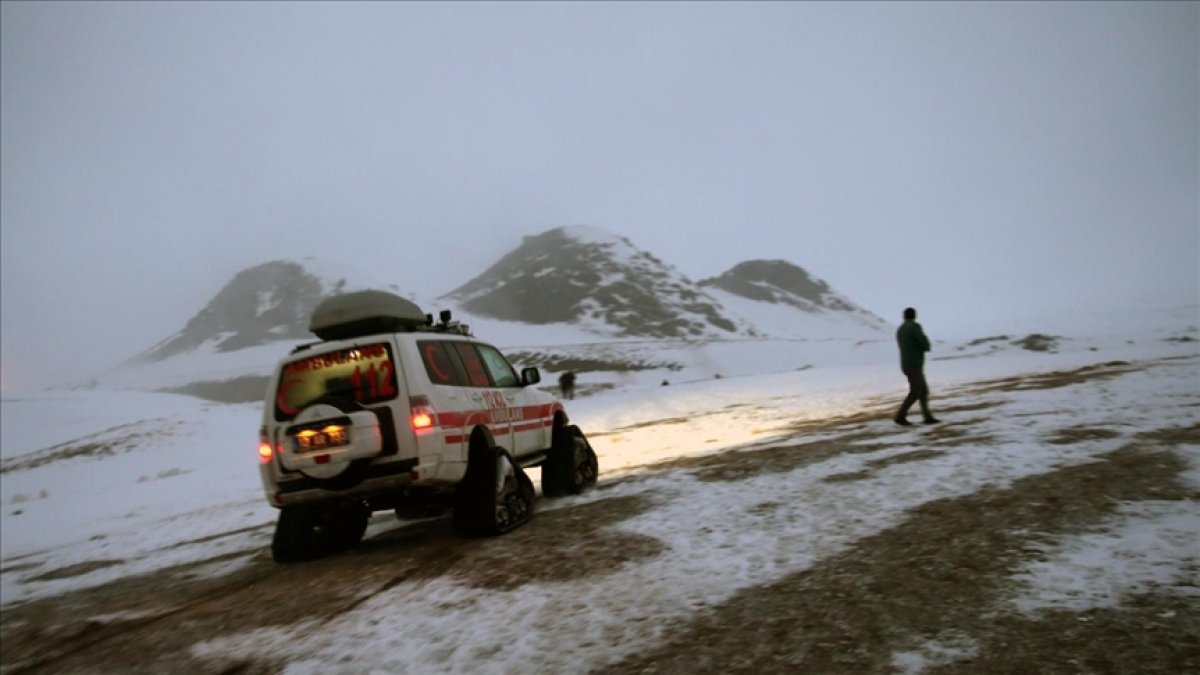 CONDOLENCES POUR IN AFTER CRASH

The president was informed by National Defense Minister Hulusi Akar following the crash.

Erdogan also spoke over the phone with Yigitalp Erbas, the son of the martyred Lt. Gen. Osman Erbas, Turkey's Directorate of Communications said in a statement.

The president expressed his deep regret that Osman Erbas, who provided vital services to the country and the nation, lost his life in a painful accident, the statement said.

He wished God's mercy upon the martyred commander and offered his condolences to his family and loved ones, it added. 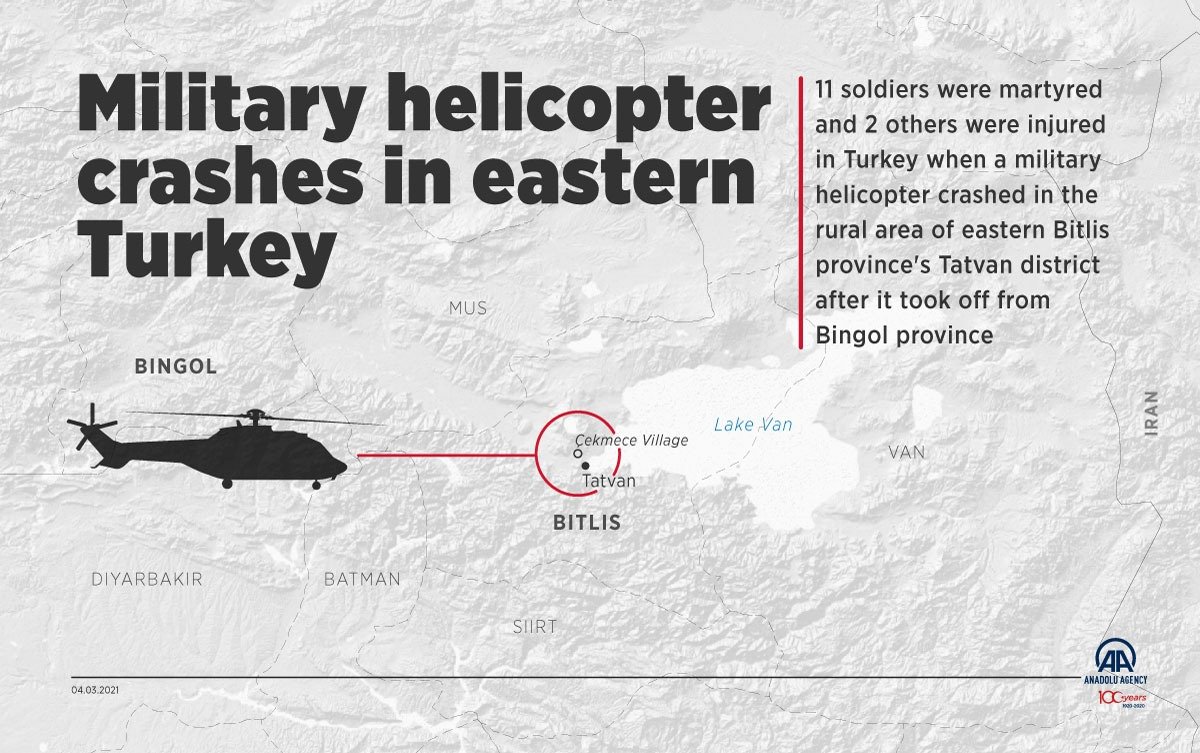 "The pain of our heroic soldiers who were martyred tore our hearts out. I wish mercy from Allah to our martyrs and quick recovery to our wounded," Oktay said.

Also writing on Twitter, presidential spokesman Ibrahim Kalin said: "I wish Allah's mercy upon our nine soldiers who were martyred, and patience to their families in sorrow."

"I wish a quick recovery to our four wounded soldiers. Our pain is huge," he said.

Communications Director Fahrettin Altun also conveyed his condolences and wished Allah’s mercy upon the martyrs and quick recovery to the injured.

MHP leader Devlet ​​​​​​​Bahceli extended his condolences to martyrs' families, the Turkish nation and the Turkish Armed Forces over the deadly crash.

The country's main opposition Republican People's Party (CHP) leader Kemal Kilicdaroglu said: "I wish Allah’s mercy upon our soldiers who were martyred as a result of the helicopter crash. My condolences to their families and relatives, and quick recovery to our injured soldiers."