Turkey will not take part in Geneva if YPG attends

Prime Minister Binali Yildirim stated that the borders will be open incase of including YPG to the negotiations in Geneva.

Minister Yildirim reminded that although the promises, US and Europe still continue to aid terrorist organizations with arms and money rather than producing solutions in Syria. 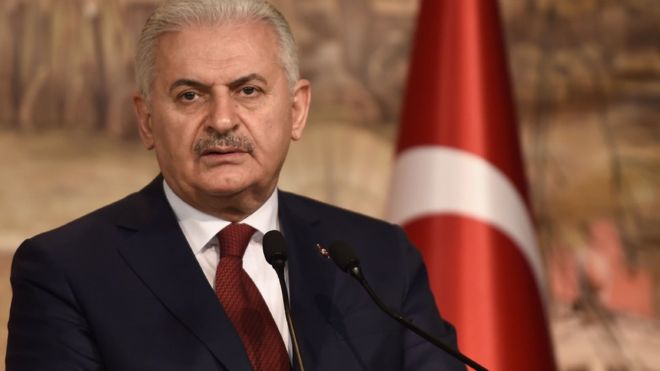 WILL YPG BE AT GENEVA?

Assertions are arised that YPG, the extension of terrorist organization PKK in Syria, will be attending Geneva negotiations toward seeking political solution for Syria.

REFUGEE DEAL WOULD BE INVALIDATED

Minister Yildirim stated very clearly that if YPG attends the Geneva negotiations, the refugee deal between Turkey and EU would be invalidated immediately.

Yildirim also said it shouldn’t be understood as a threat and added “I’m just remanding that Turkey has its power to re-open this route.”