Iraq will stop trucking crude oil from Kirkuk Province to Iran in November to comply with US sanctions imposed on Tehran. Turkey will be the only choice for the new Kirkuk oil transfer route. 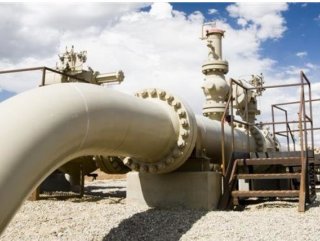 Kirkuk is one of the biggest and oldest oilfields in the Middle East. Last year Iraq began to ship crude from Kirkuk to Iran for use in its refineries, and Iran agreed to deliver the same amount of oil to Iraq's southern ports.

Iraq will stop trucking crude from its northern Kirkuk oilfield to Iran in November to comply with sanctions imposed on its neighbor by the United States, five sources familiar with Iraqi oil export operations said on Friday.

"Kirkuk oil trucking to Iran will be halted in November in line with the American sanctions against Iran. (State oil marketer) SOMO plans to sell 30,000 bpd from a small oilfield near Mosul as of November as an alternative. SOMO issued the tender on Thursday," one source said.

With the new regulation, Turkey has taken on new significance. According to industry sources, Washington has pressured Baghdad to suspend all shipments of oil to Iran and resume flows from Kirkuk to Turkey.