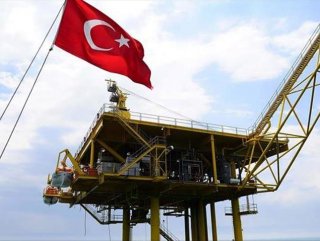 He said the coordinates for Turkey's agricultural projects were designated in the second deal.

Previously, over 780,000 hectares of land in Sudan were earmarked for Turkish investors to carry out their agricultural activity.

The increase of both countries’ exports and Turkey’s requirements for agriculture would be guaranteed with the agricultural project.

"We will continue to work for two countries to receive the maximum benefit," the minister said.

The bilateral pact aims to rationalize the use of resources and agricultural potential and contribute to sustainable food objectives.

ZIRAAT BANK WILL BE IN SUDAN

Pakdemirli said the bilateral trade volume of the two countries was $481 million last year, and opening a branch of Turkey's Ziraat Participation Bank in Sudan was an important step to raise bilateral trade.

"The agreement-in-principle for the bank's branch also signed with the contribution of Turkish Deputy Trade Minister Fatih Metin," he added.

Pakdemirli also said Turkey's Mineral Research and Exploration General Directorate (MTA) established a company in Sudan and started to work on mines in the country.

The minister has started on Sunday a three-day-visit to Sudan with the private sector representatives for talks on economic cooperation.