Over 60,000 books published in Turkey last year, says the head of publishers association. 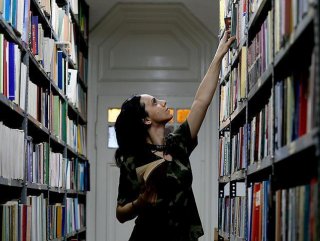 Turkey ranks sixth among the countries that publish the most in the global industry, according to the country’s publishing body.

TURKEY HAS ADVANCED FROM 11TH TO 6TH

"Turkey has been improving in the publishing industry," Kenan Kocatürk, head of Istanbul-based Turkish Publishers Association (TPA), told reporters ahead of a book fair to be held in the central Eskisehir province. "Turkey has moved up to 6th in the world publishing [industry] rankings. France is ahead of us with 70,000 publications. Some 60,335 books were published in Turkey last year," Kocaturk said. "From the 11th, we as Turkey have advanced to the 6th -- by jumping 5 levels. This is an important progress," he noted.

During his speech, Kocatürk also underlined the importance of boosting the literacy rate along with the publishing industry. "The most important is to increase the readers, who understand what they read," he added.