Turkey and Qatar are each other's friends during hard days, says Erdoğan

President Erdoğan said Monday that Turkey and Qatar have supported one another in hard times, and proved to be a true friend many times.

The meeting held at the Vahdettin Pavilion was jointly presided over by Erdoğan and Qatari Emir Sheikh Tamim bin Hamad Al-Thani. “The Turkish nation showed intense efforts to break the blockade and sanctions targeting its Qatari brothers,” Erdoğan said during the meeting. 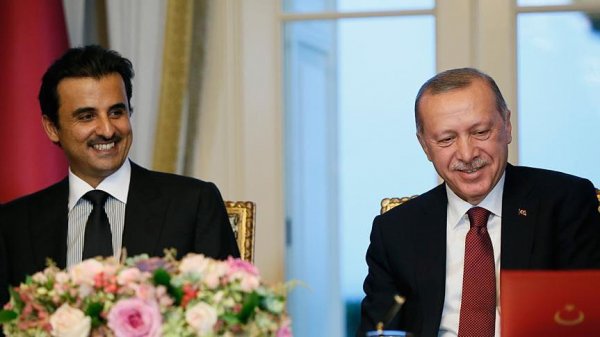 Erdoğan added that Doha was the strongest international supporter of Turkey after July 15, 2016, the defeated coup attempt by Fetullah Terrorist Organization (FETO), which left 251 people martyred and nearly 2,200 injured.

"QATAR HAS STOOD WITH US"

Erdoğan also said he was proud by the level of cooperation between the two countries on the 45th anniversary of diplomatic relations. “Qatar has stood with us in front of the speculative initiatives targeting our economy in the recent months,” he said and thanked Qatar on behalf of the Turkish nation and himself. 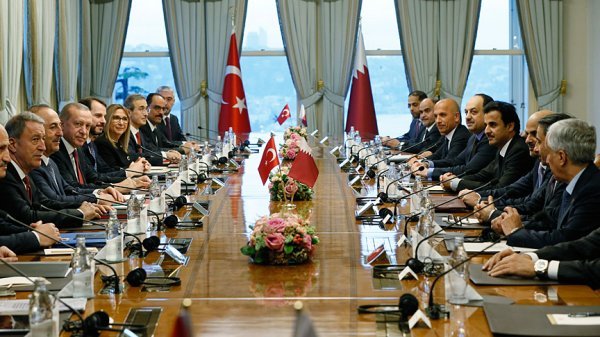 Al-Thani, for his part, also voiced pleasure for the level of bilateral relations and expressed his will to boost cooperation in every field.

Following the meeting, Turkish and Qatari ministers signed a strategic cooperation protocol in the fields including transportation, culture, trade and economy.