Speaking at inauguration of a desalination plant, Alexis Tsipras said he had a “message of cooperation” for Turkey.

“Our neighbors do not always behave in a manner befitting good neighbors” Tsipras said at the inauguration of two desalination units on the island. “Many times we find ourselves, it is true, in troubled times, faced with the unjustifiable behavior, a provocative stance and an aggressive stance by our neighbors.” Tsipras said. 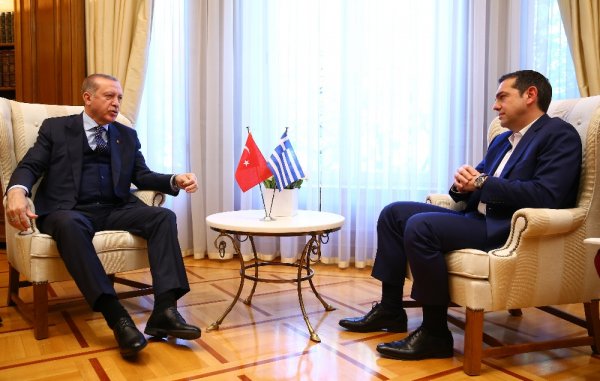 “And it is true that these days we are experiencing one such period of instability, which is not in line with the principles of good neighborliness or with the rules of international law.” stated Tsipras.

“I want to send a message of cooperation and peaceful coexistence, but also of determination,” the prime minister added. “Greece is not threatening anyone but is not afraid of anyone either. Greece can defend its sovereign rights, its borders are determined by international agreements and we will not cede an inch of territory.”