Trump's son says border wall is like a zoo fence

Donald Trump Jr. used Instagram Tuesday night to endorse his father's border wall policy, saying the evidence that a wall works is because they protect people from zoo animals.

"You know why you can enjoy a day at the zoo? Because walls work," Donald Trump Jr wrote in a post on Instagram.

Trump Jr. has made controversial analogies on social media before, like when he compared Syrian refugees to a bowl of Skittles, in which some of the candies are poisoned. 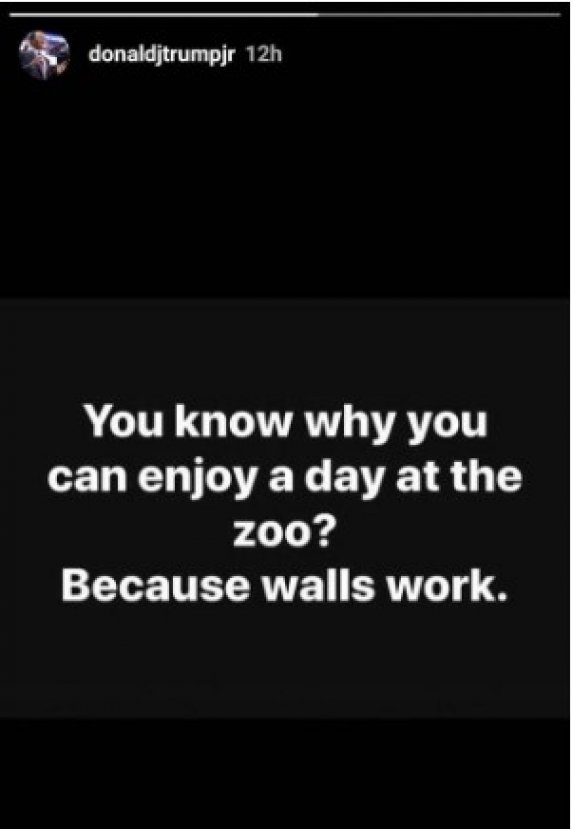