US President Donald Trump praised Turkey Wednesday for its "big help" in preventing a military conflict in Syria’s Idlib province.

Speaking at a press conference at UN headquarters in New York, Trump credited himself with averting a bloodbath in Idlib but also commended Turkey’s efforts in preventing further escalations in the region.

"Turkey has been a big help. Turkey has been great. Turkey has helped us very much with that whole situation,” Trump told reporters. In his address to the UN General Assembly on Tuesday, President Recep Tayyip Erdoğan said Turkey prevented the Bashar al-Assad regime from carrying out "bloody assaults" against the de-escalation area in Idlib with the Sochi agreement signed with Russia. 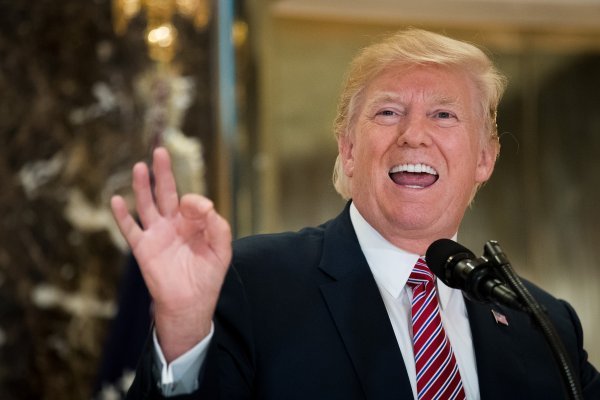 The agreement stipulated the establishment of a 15 to 20-kilometer (9.3-12.4 mile) disarmament zone in Idlib, Syria’s last opposition stronghold. Trump also noted during his press conference that he would present his peace plan for the Middle East before the end of the year and that he backs a two-state solution. "I think the two-state [resolution] will happen,” he said. “I think in one way, it’s more difficult because it’s a real estate deal. It’s a little tougher deal. But in another way, it works better because you have people governing themselves.”

Trump also used the same rhetoric early Wednesday when he met with Israeli Prime Minister Benjamin Netanyahu on the sidelines of the UN General Assembly meetings. "I like a two-state solution. Yeah. That’s – that’s what I think -- that’s what I think works best," Trump said.