Truck drives into protesters in Minneapolis

Video of the incident shows protesters swarming the vehicle before it comes to a stop.

A tanker truck drove through thousands of people marching on a Minneapolis highway to protest the death of George Floyd on Sunday before protesters dragged the driver from the cab and beat him, according to a Reuters witness and authorities.

It did not appear any of the marchers were injured when the truck raced towards them on I-35, blowing its horn, sending protesters scattering before coming to a stop, according to the witness and a tweet by the Minnesota Department of Public Security.

Police arrived soon after and arrested the truck driver, who was taken to a local hospital with non-life-threatening injuries, MNDPS said. 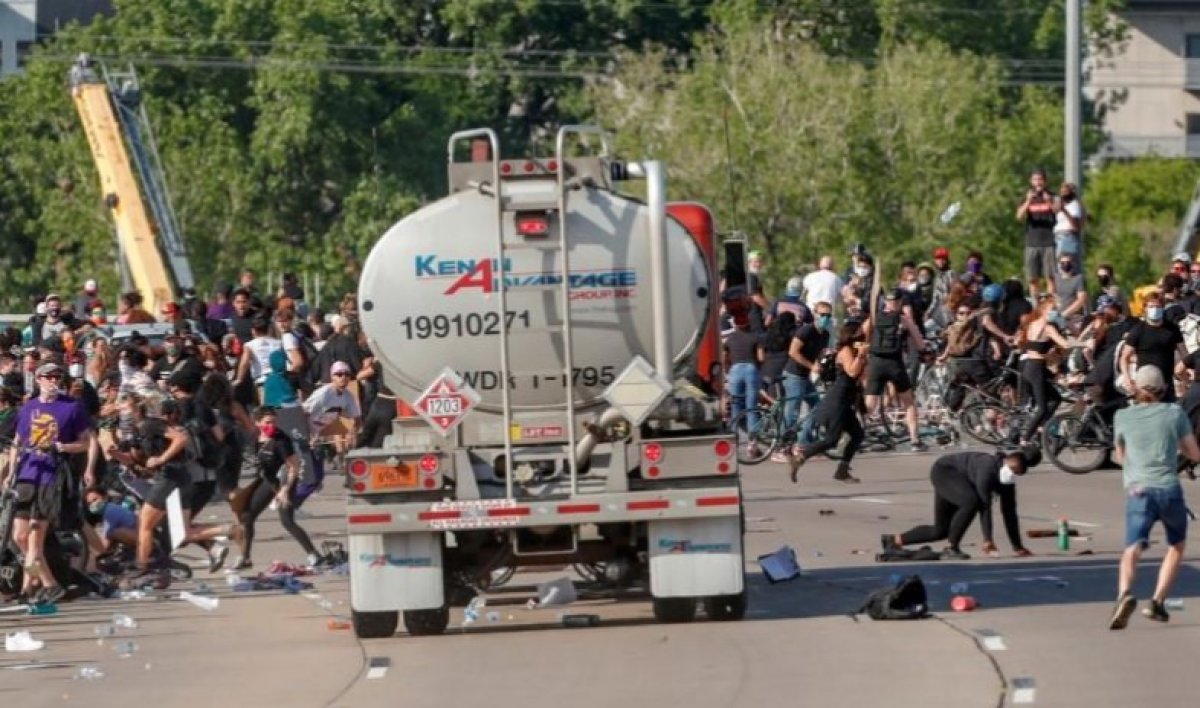 “The incident just underscores the volatile situation we have out there,” Minnesota Governor Tim Walz told a news conference, adding he did not know the motives of the driver.

It marked the second incident in as many days of a vehicle driving at people protesting Floyd’s death after a New York City Police car was captured on video on Saturday driving into a crowd of protesters who were pelting it with objects. 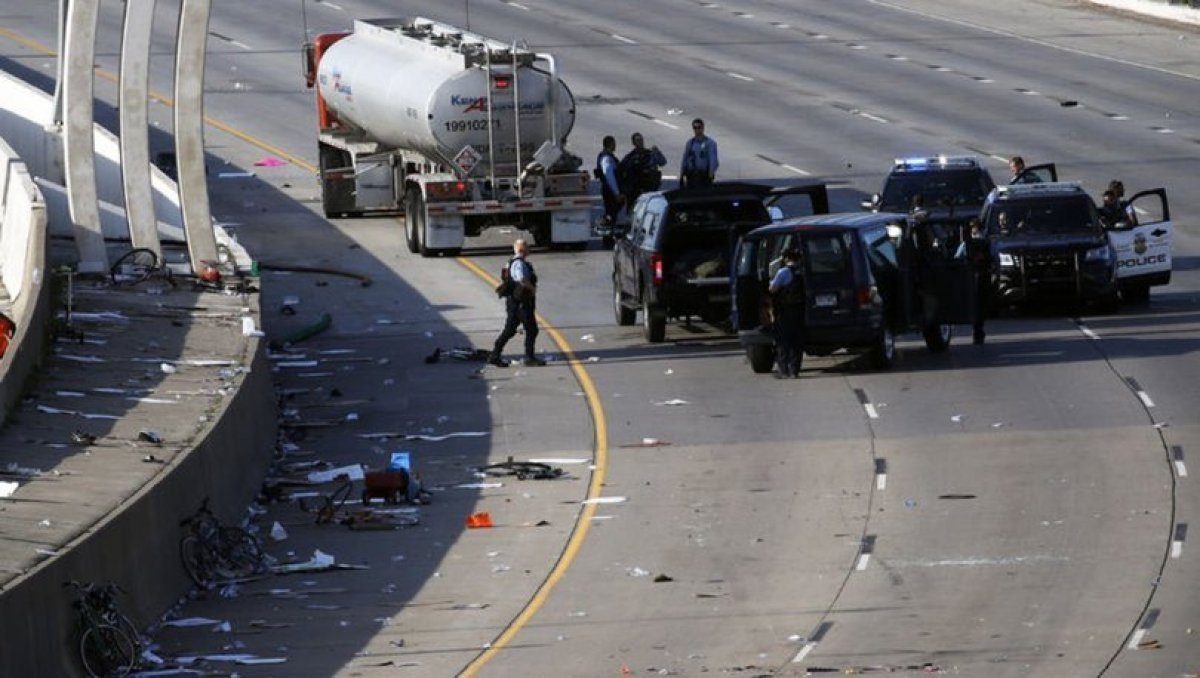 Video showed the truck had a logo on its side for “Kenan Advantage Group,” an Ohio-based transportation company. 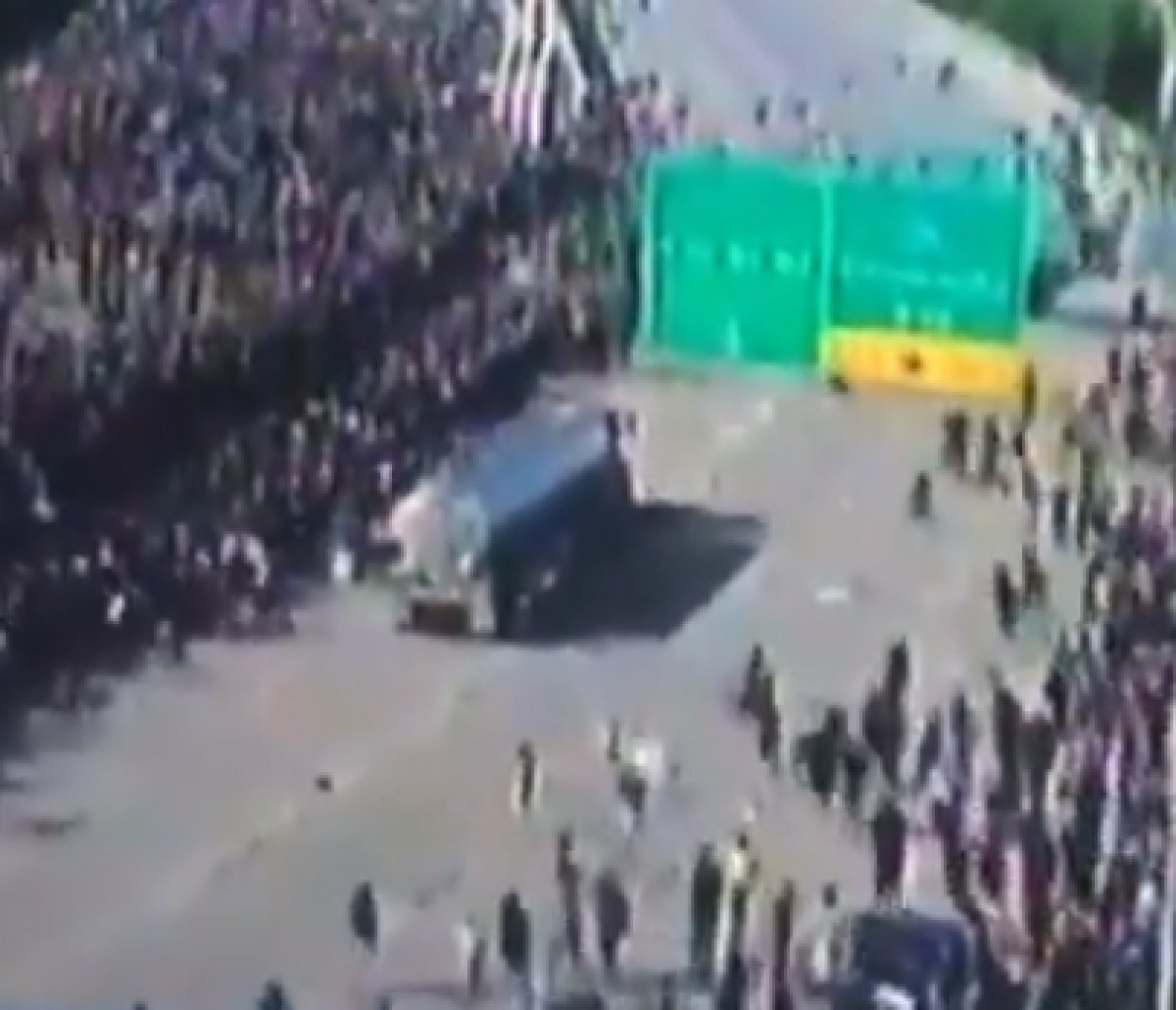 The company said in a statement that it was informed of an incident involving one of its independent contractors in Minneapolis and it would be cooperating with investigating authorities.